Where my interest in nature came from is anybody’s guess, none of my family shared in it. It was evident very early, by age eight I was off on my own making lists of the birds I came across. Whipps Cross was my patch.

When I was older and got a bike I could venture further afield. I tended to concentrate on larger birds, I didn’t own any binoculars until much later.

I counted it a particularly successful outing if I managed to see a Jay or a Great Crested Grebe.

So, naturally, I managed to fit a little birding in between seeing the sights of London, starting with Whipps Cross where I saw both a Jay and a Great Crested Grebe plus a couple of birds that were not present in my young days, Little Egret and Egyptian Goose. Interestingly I didn’t come across Chaffinch or Yellowhammer.

Other spots that I visited included Fisher’s Green near Waltham Abbey. This was a place that I used to fish at. It’s changed a great deal since then. Some old powder mills are gone. Gravel extraction has produced extensive shallow lakes. It’s now a great place to see water birds and even an otter if you’re very lucky.

Another old favourite was the Lea Valley reservoirs running from the back of Hackney Marshes out to Tottenham. Arriving there I found that Europe’s most extensive urban wetland was in development and would open October 20th. The place where I saw my first Smew was being recycled as Walthamstow Wetlands. 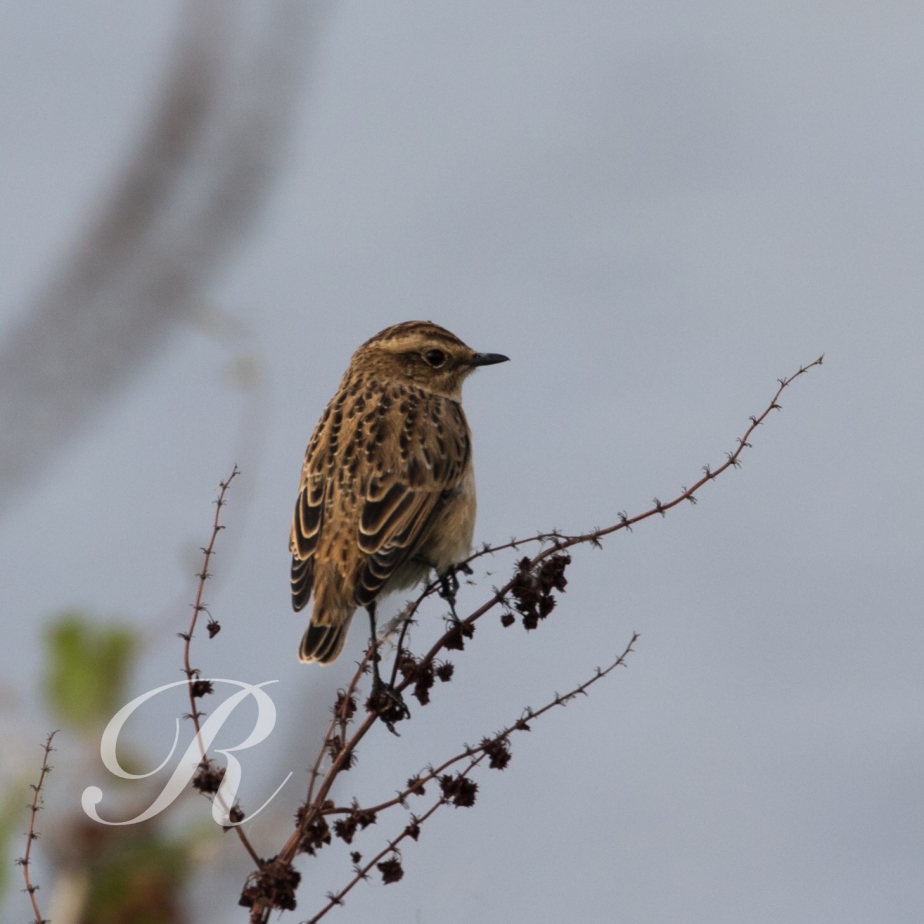 In flight it showed triangular white patches at the base of the tail. The photo shows the patterned plumage and the white supercilium. It’s a Whinchat, exciting because quite unexpected on the outskirts of London. It’s a summer visitor to Britain, I may just have been lucky to see it as it made its migration southwards.

But it’s not all about the novel or the rare. It’s nice to spend time with old friends.