It is the eastern fringe of the Big Desert and ranges from dune scrub to mallee with Black Box woodland in the parts that flood (on very rare occasions). There are two main camping areas, Wonga in the south and White Plains in the north. On this occasion I stayed in the south although I had a run up to White Plains to test out the recently acquired short wheelbase Prado on the desert track. It performed beautifully.

Also working as well as expected was the recently acquired Kwik Kampa. 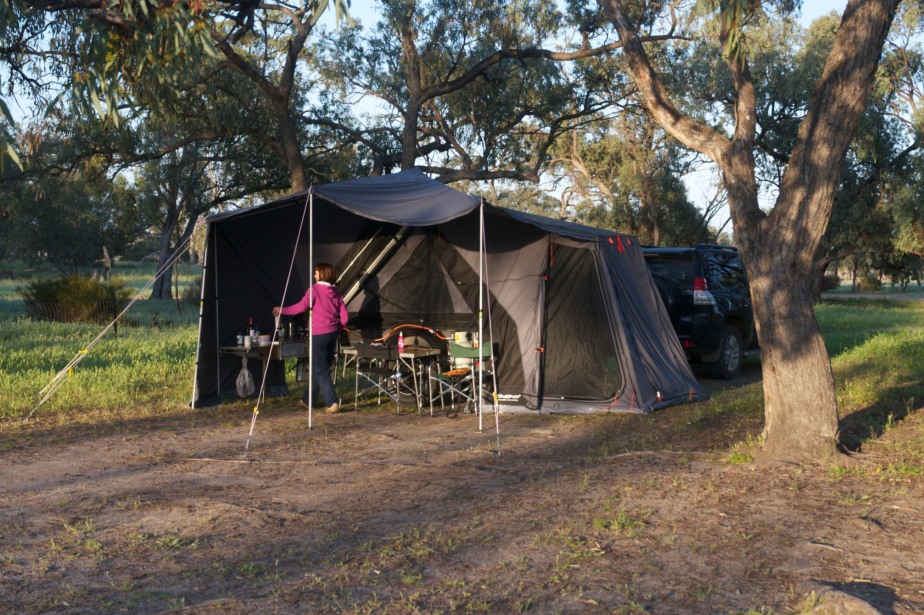 The Pod Trailer is a delight to tow, I had a previous version that went all the way to the Gulf of Carpentaria with us but the first tent design was nowhere near as elegant as the trailer it was mounted on. This version is quick, simple, light and efficient. And Stockman Products are a delight to deal with.

The country was a riot of flower, the mallee sections especially …

Highlights of the bird list included good views of Mallee Fowl in the south and Orange Chat and Major Mitchell’s Cockatoo in the north.