After a last morning safari at Gir it’s on the road to Velavadar.

The journey takes us about 206 km north-east through countryside that is fairly flat and intensively farmed with the aid of extensive irrigation. From time to time we pass cotton processing plants with little mountains of cotton waiting for the gin (just to remind us that Gujerat is a dry state … it’s been four days now). There is still plenty of cotton awaiting harvest in the fields. Other crops include Castor, Millet and Mustard. Later in the year it will be time to plant Sorghum.

The roads are fair but busy. The trucks tend to be small by Australian standards and mobile works of art. As well as cars, they have to contend with tractor hauled carts, camel hauled carts, oxen hauled carts and a strange hybrid of motorcycle and cart called a chakra. Motorbikes and motor scooters are numerous and generally low powered. I will need to undertake a great deal more study before I can explain the system by which all these vehicles avoid collision but initial observations reveal that a good horn, good brakes and good luck are vital ingredients. An average speed of 50 km an hour would be a pretty good achievement and four or five hours of that should bring you to the verge of exhaustion.

In former times the region we are headed to was an extensive open grassland. Much of the area has given way to agriculture or been lost to the encroachment of  Mesquite, Prosopis juliflora, a native of the americas. It was introduced to provide fuel wood, which it has and it is also used to make fences. It has ferocious thorns and grows as dense thickets. Overall it has been much too successful. An area of 34.52 sq.km. has been preserved as Blackbuck National Park.

The grassland is home to the very elegant Blackbuck and also Asia’s largest antelope, the Nilgai. In winter it is visited by large numbers of Montague’s and Pallid Harriers, in the monsoon it provides a refuge for the small and endangered bustard, the Lesser Florican. There is a wetland in the park that can amuse the birdwatcher for hours with such creatures as pelicans, cranes, avocets and flamingoes, although they can be sure that the other occupants of the vehicle will drag them away in pursuit of wolves and hyena.

The wolf was in possession of a buffalo leg. 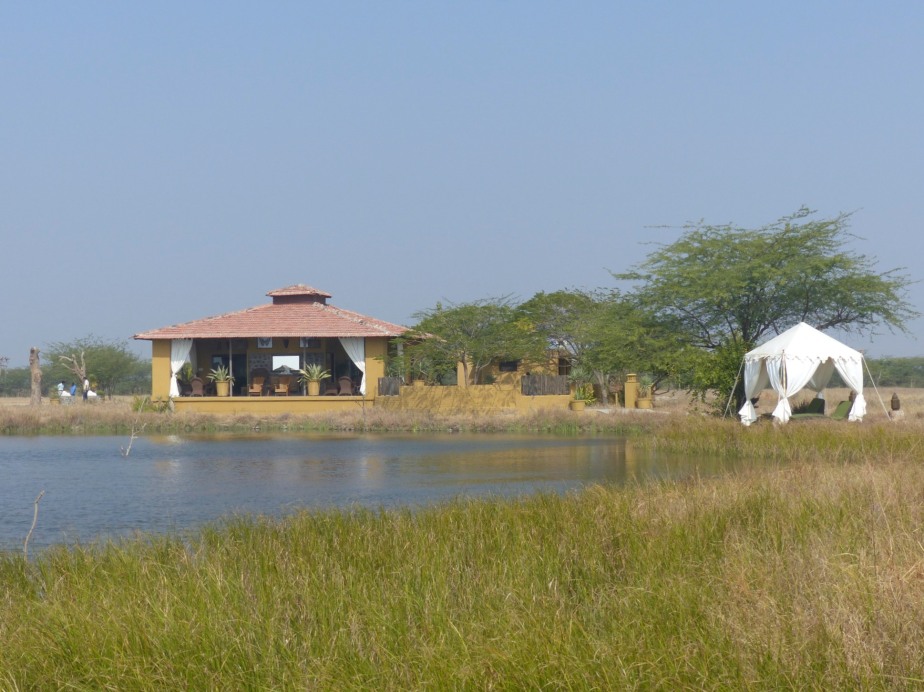 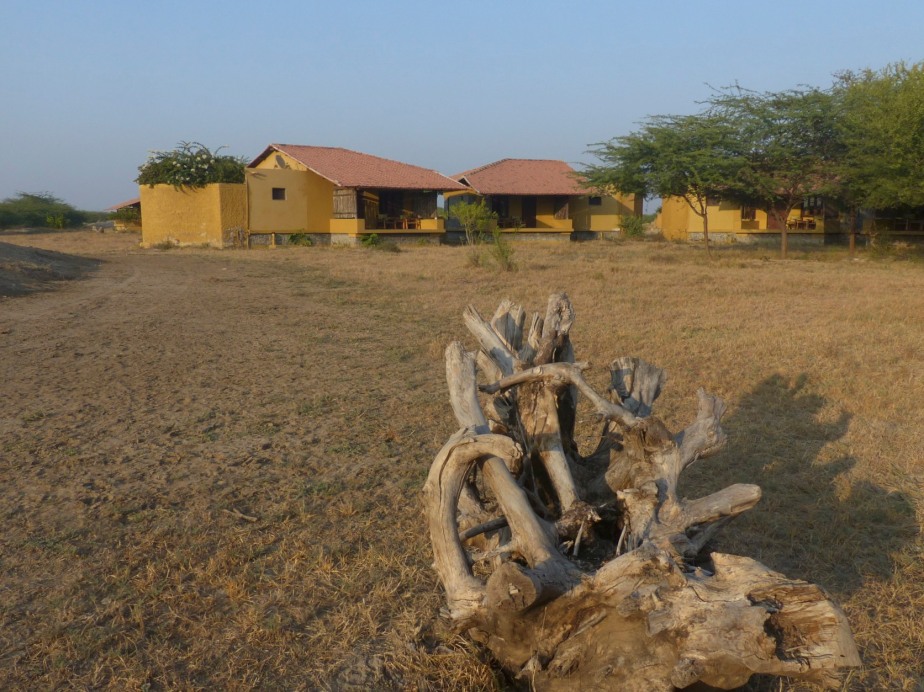 … An entirely different experience of the wildlife begins to transcend as the darkness falls. The persistent howls of jackal add to the feeling of true wilderness. The long, deep and threatening howls of wolves, occasionally penetrate the darkness .

… such a pity that the visitors had to be out of the park an hour or so earlier and won’t see the thousands of Harriers at their roost or be able to feel a shiver run down their spine as a wolf howls nearby.