Gujerat is a dry state. In both ways … no alcohol and little rain. It is dry and sandy. Wells, therefore, had to be deep. A form of architecture evolved here where the wells would have steps down to the water, usually on just one side. They are mostly dug close to rivers or lakes and it came to be the case that providing such wells was seen as a meritorious act. The finest of them all is the Rani-ki-vav, or queen’s step well located just outside Patan close to the River Sarasvati. Once again it is a legacy of the Solanki dynasty. This one built by Queen Udayamati as a memorial to her late husband Bhimadeva I.

It is rectangular, the long axis runs east west and is 65m long 20 m wide and 27m deep. The well is at the west end. The walls are sheer except for the steps running down from the east end. It is large among step wells but the richness of the decoration places it above all others. In the lowest third of the rectangle there were a series of pavilions that braced the side walls. These have fallen into a state of disrepair, indeed the whole structure had fallen into disuse and debris had filled a good deal of the well. Considerable restoration has been undertaken.

There are more than 800 elaborate sculptures among seven galleries. The central theme is the Dasavataras, or ten incarnations of Vishnu, which are  accompanied by sadhus, brahmins, and apsaras (celestial dancers dressed in their celestial dancing outfits).  At water level, no longer open to the public, there is  a carving of  Vishnu, reclining on the thousand-hooded serpent Shesha, resting in the infinity between ages.

To negotiate the steps from terrace to terrace you turn left and right making patterns of progress as you choose your path. Long diagonals or short diagonals at your whim. Whenever you approach the walls you come close to the carvings including one of Queen Udayamati herself, seated on a cushion with a parasol held above her. 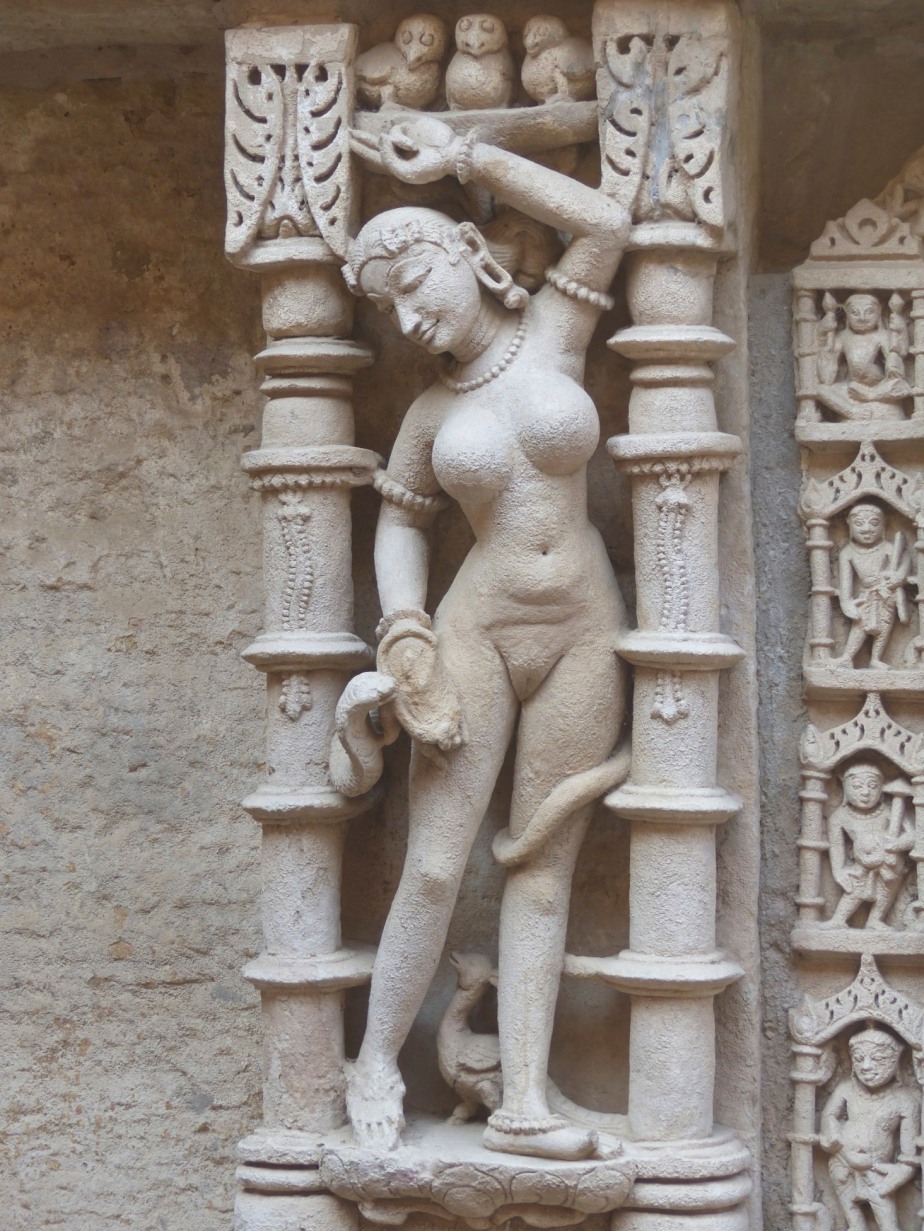 And a dancing girl to finish, take note of her plump beautifully formed owls.