The Congo Basin contains the world’s second-largest tropical rainforest, surpassed only by the Amazon. It is home to both the Western Lowland Gorilla, the Chimpanzee and the Bonobo (although for the last you would need to visit the Democratic Republic of the Congo). Dr Magda Bermejo of the University of Barcelona has been studying gorillas in this region for over fifteen years, since 2010 her team has been based at Ngaga camp where three groups of gorillas have become used to the prying eyes of researchers.

Wilderness Safaris have the tourist concession in the region and as well as Ngaga they have a second camp, Lango. A well choreographed shuffle moves the visitor from Brazzaville to Ngaga (three nights) to Lango (three nights) and back to Brazzaville. At both camps the accommodation is constructed of mainly local materials in a style that might be called thatched hut chic. The beds are mosquito netted with a fan inside the net, what luxury, toilet and shower en suite, electricity to recharge the camera and computer. The food is amazing although by the time it arrives from Paris it does have a few food miles up. Alcoholic drinks are included. 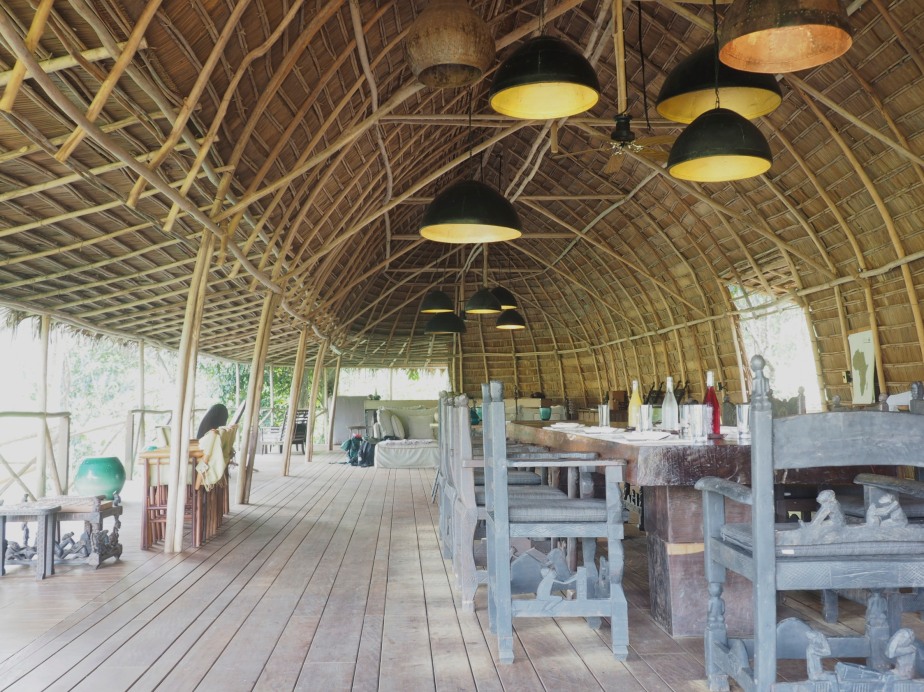 At Ngaga the main focus is the gorillas. We were divided into two teams of four and assigned to a tracker. On each of two days we set out soon after dawn in search of that day’s target group of gorillas. We headed towards the site where the gorillas were known to have spent the night, unless we crossed the track of the group on the way, that would be the beginning of the tracking process. It could be a long hike or a short one. Once we found the group we donned surgical masks, gorillas can suffer from infections that humans carry. The minimum distance permitted was seven metres. In the Antarctic one could get away with the excuse that the penguin came up to me, here that didn’t wash, if a gorilla infringed the seven metre rule and it was safe to do so we were told to back off. The gorillas would have to put up with our company for a maximum of one hour.

Of the three groups that had developed some tolerance to human visitors one group was only ever visited by researchers. The two groups visited by tourists would have to put up with that indignity for just four hours per week. We had a talk from Dr Bermejo one evening, the tourist activity has obviously been developed under her watchful gaze. Physical contact with humans puts gorillas at risk of potentially lethal infections and if she wanted to study zoo animals there were easier places to do it! The program, I think, is a very sensitive means of looking after the welfare of the animals, has low impact on their behaviour whilst giving the tourist a fair chance to observe and photograph their nearest relative in exchange for money that benefits local people. Putting a value on wildlife gives government a good reason to conserve it.

We fared extremely well on both days. The trek was not too long, the gorillas were relaxed and good views could be had. Low light and condensation on the camera lens hampered photography. The groups are named for their silverback elder statesmen. The first day we visited Jupiter and his group, about 25 individuals. The second day we visited Neptuno and his smaller group. This also entailed a change of tracker because each tracker stays with their own group. The trackers would go out again late in the afternoon to find where their group would spend the night.

The Marantaceae plants this individual is walking through form part of its diet. I tried the stems, they are quite fibrous but with a bit of effort the pith can be extracted and doesn’t taste quite as bad as Crocodile Dundee would have you believe.

Bird watching around the camp was reasonably productive. There were lizards, butterflies and squirrels around as well. We visited a local village one afternoon which took us past a road sign that one doesn’t see often …

The villagers were welcoming. The tourist development provides some employment and a visit like ours was a chance to sell some local produce. The houses were mostly of wattle and daub construction with thatched roofs.

Bananas and paw paws were purchased. Cassava is their staple diet, grown in forest plots that are first cut and burnt. Goats, ducks and chickens were in evidence and could be supplemented with a bit of hunting. 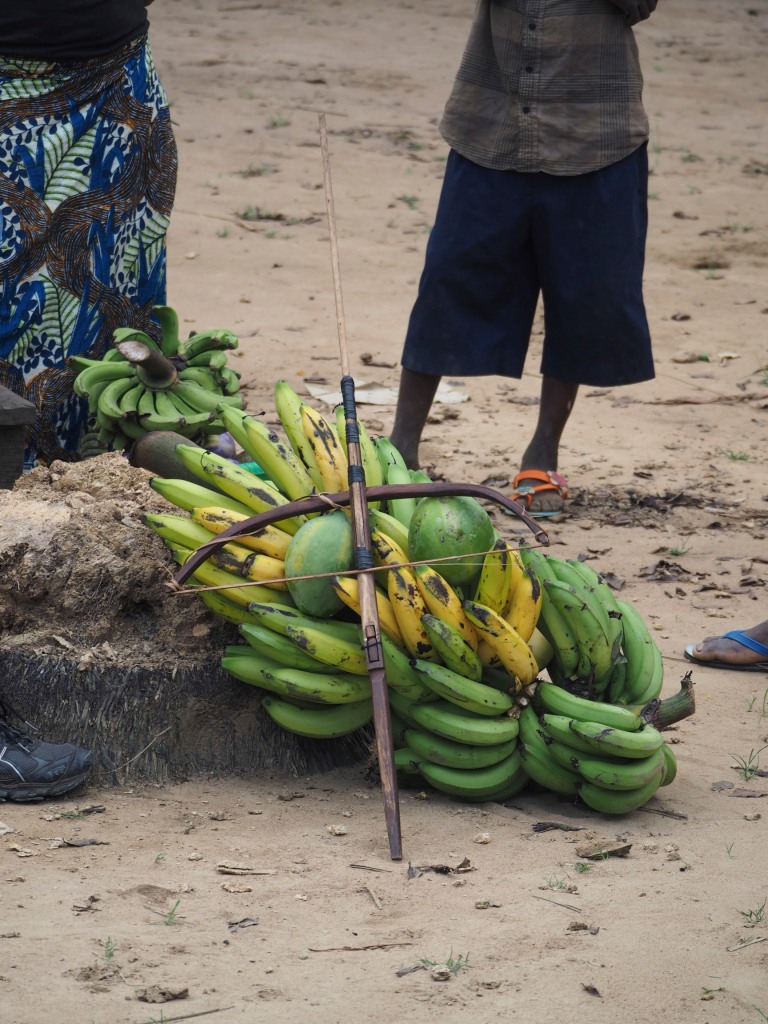