To the gorillas at Ngaga we were now yesterday’s people, they were looking forward to the next group. That’s a gorilla’s way, an endless quest for novelty.

We took to the road. The trip to Lango takes about three hours by four-wheel drive vehicle.

Ngaga is set in forest that seems endless, Lango is surrounded by a mosaic of forest and savanna. It is set on a Bai or saline marsh and the salts attract animals from the surrounding area. The camp is raised and set back in the trees. Here is a photo of the camp from the bai. 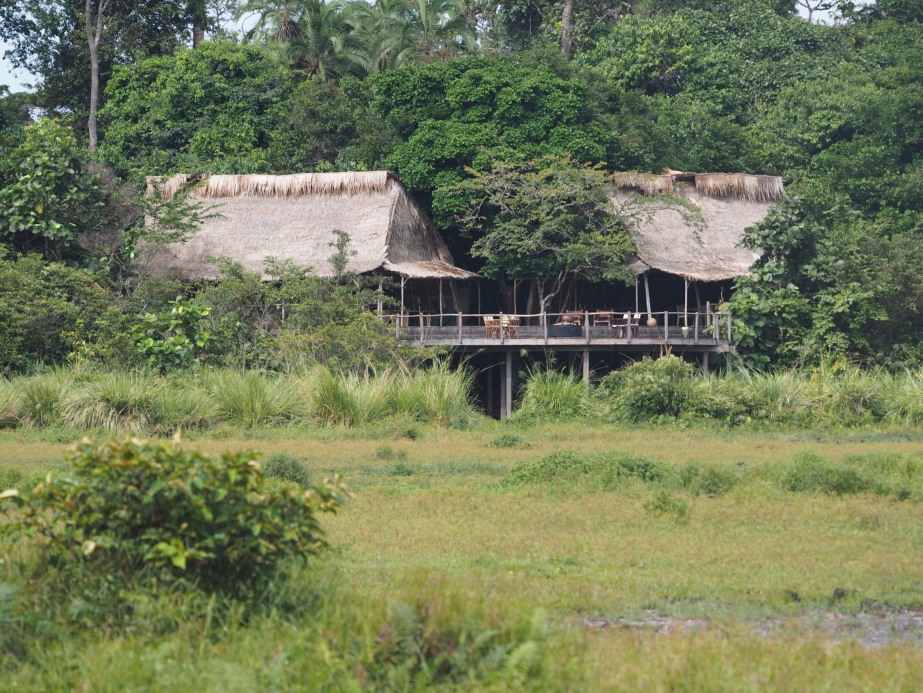 Activities here are mainly on foot or by boat. There is heaps to see, large game, monkeys, birds, butterflies, lizards, flowers. Chimpanzees are present but not habituated and unlikely to be encountered. We did hear them. The Forest Buffalo, on the other hand, are not shy. 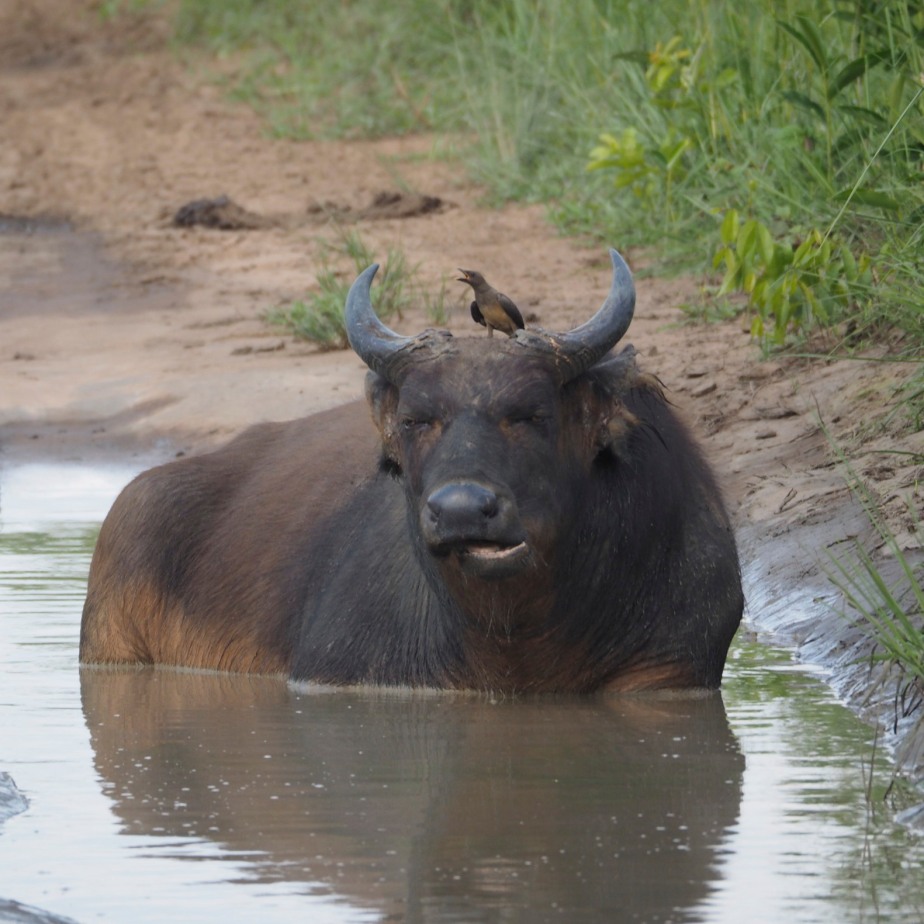 They are included in the same species as the Cape Buffalo but they are smaller, redder, their horns are different and they do not form large herds, twenty or so would be a large gathering. They do need to be treated with similar respect. Each tends to have an attendant Yellow-billed Oxpecker or two. These provide the service of removing insects from the skin. It comes at a price, they also peck at any wounds and drink the resulting blood. 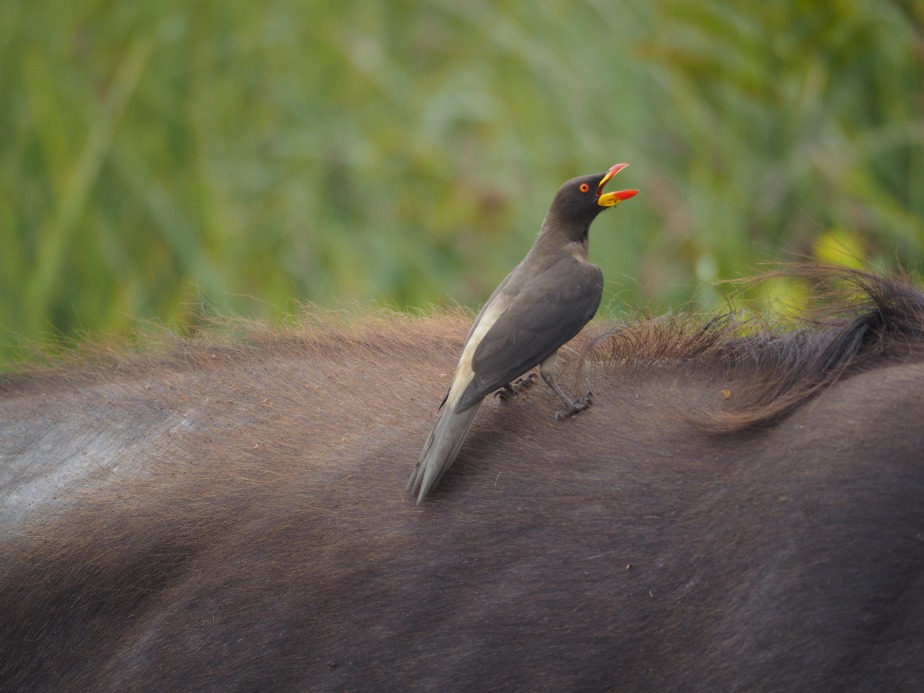 At first glance the Forest Elephant is not as different from the Bush Elephant as the Forest Buffalo is from the Cape Buffalo but DNA evidence reveals that they split somewhere between two to seven million years ago, they are consequently considered full species. They tend to be smaller and darker and have more rounded ears. If you get to count their toenails you are likely to find five on the forefoot and four on the hindfoot, like the Asian elephant but unlike the African bush elephant which normally has four toenails on the forefoot and three on the hindfoot, although I can’t personally vouch for that. Their tusks are longer and stronger, suited to their denser habitat. They rejoice in the scientific appellation, Loxodonta cyclotis, the creature with oblique sided teeth and rounded ears. 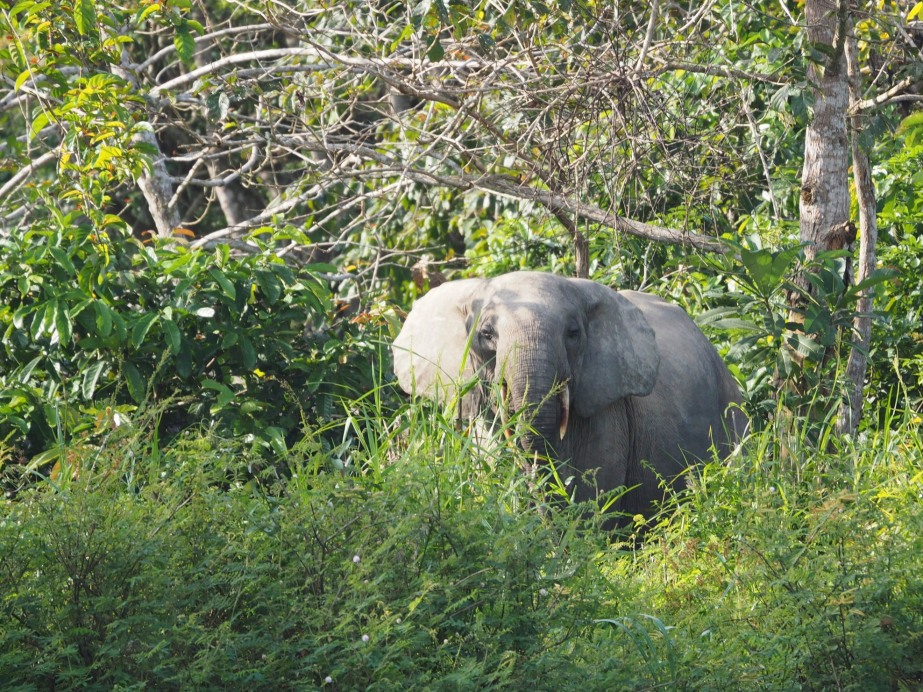 Not far from camp is the Lekoli River which we explored by boat. 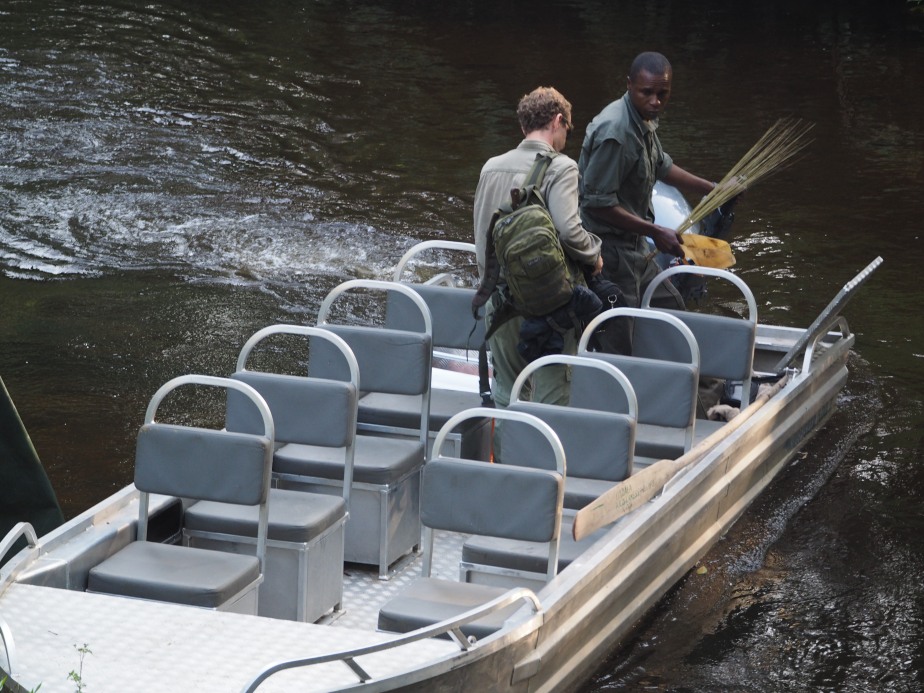 The switch in the skipper’s hand is to beat off the tsetse flies, an ominous sign, but fortunately not much needed. We racked up a good bird list including Finfoot and Hartlaub’s Duck. We capped the first river trip off, though, with something that is locally very rare … 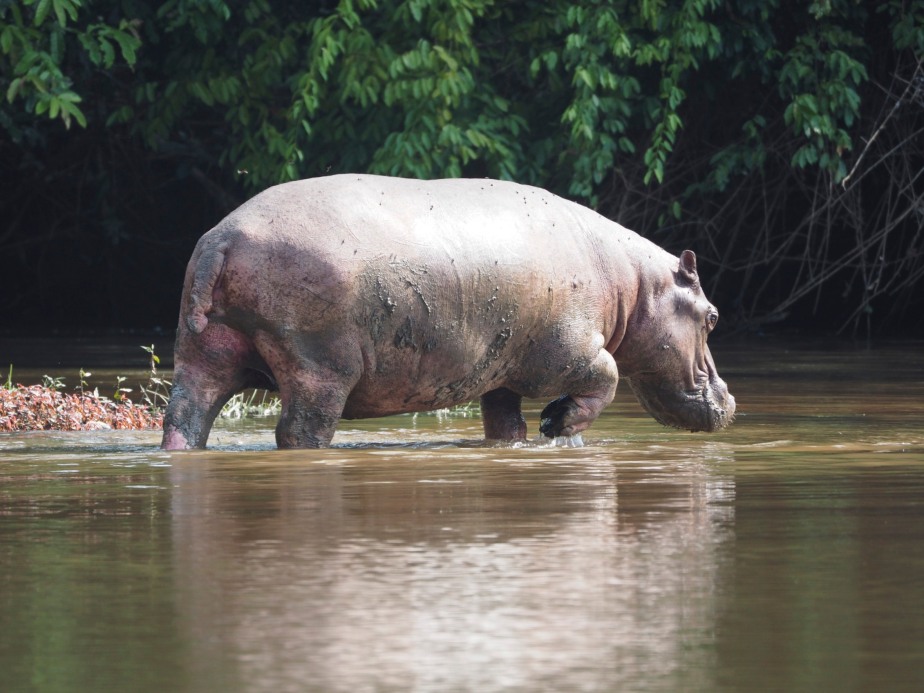