We flew from the south of Kyushu to Nagoya on the main island, Honshu. Then onto the bus and up into the mountains. It was late afternoon when we arrived at Shirakawa-go, one of a couple of world heritage villages.

As wikipedia puts it …

These villages are well known for their houses constructed in the architectural style known as gasshō-zukuri (合掌造り). The Gasshō-zukuri, “prayer-hands construction” style is characterized by a … roof resembling two hands joined in prayer.

This is the sort of hyperbole that could only have been hatched by a real estate agent and a travel agent over a liquid lunch. But whilst the roofs looked nothing like two hands joined in prayer they were steeply pitched, strongly made and thickly thatched, ideally suited for a region of heavy snow fall. In addition the buildings were large and designed for group occupancy making them more efficient to heat.

Shirakawa-go is tucked away in the mountains where, in time past, growing enough rice to pay the annual burden of tax would have been difficult. Access these days is via lengthy road tunnels. The tax collector would have had a much harder time, perhaps the people here were, to some extent, immune from his attention. There are still some rice fields in the valley bottom but the main industry formerly was silk production. 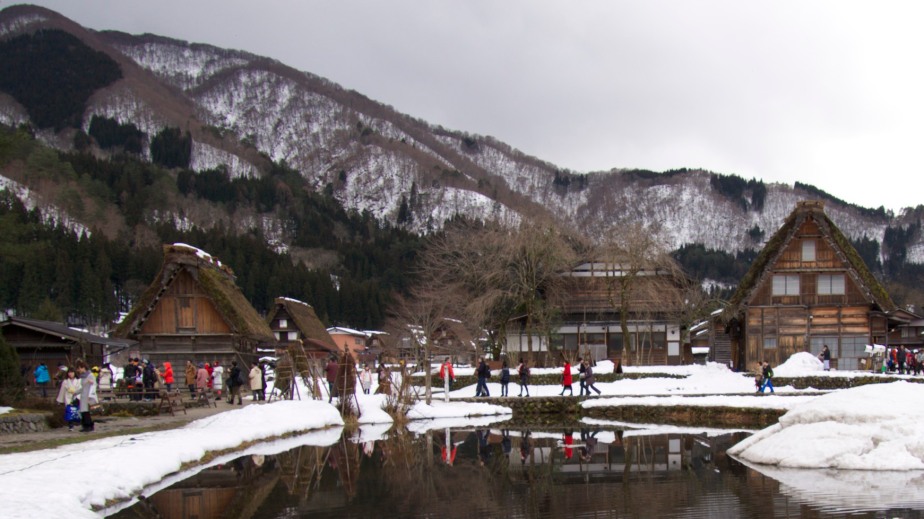 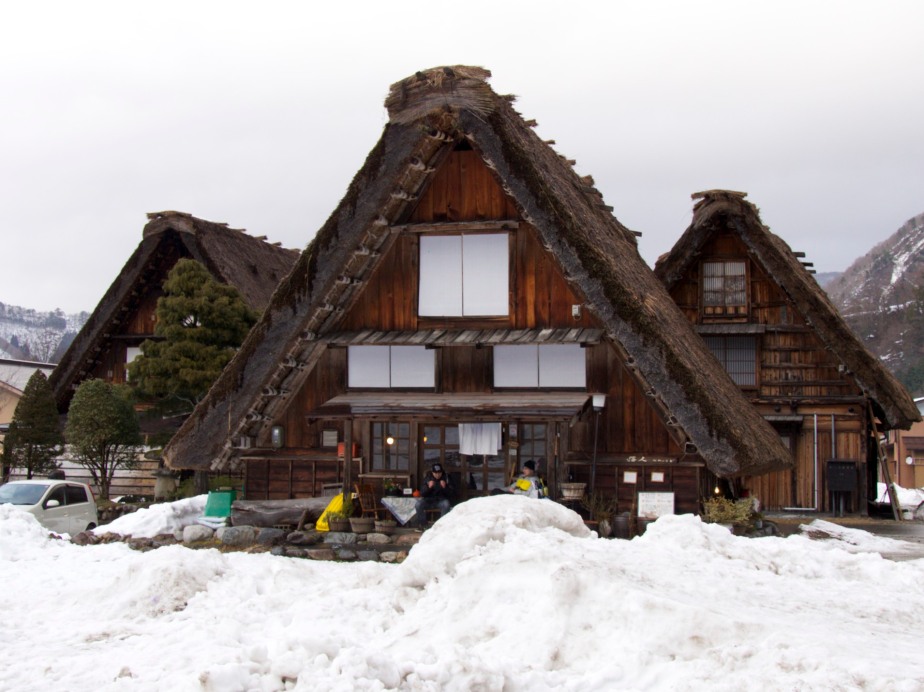 It happened that we were there on one of the few nights that the village is floodlit at night. So after a splendid evening meal in a restaurant there we re-emerged and wandered through a quite magnificent scene. 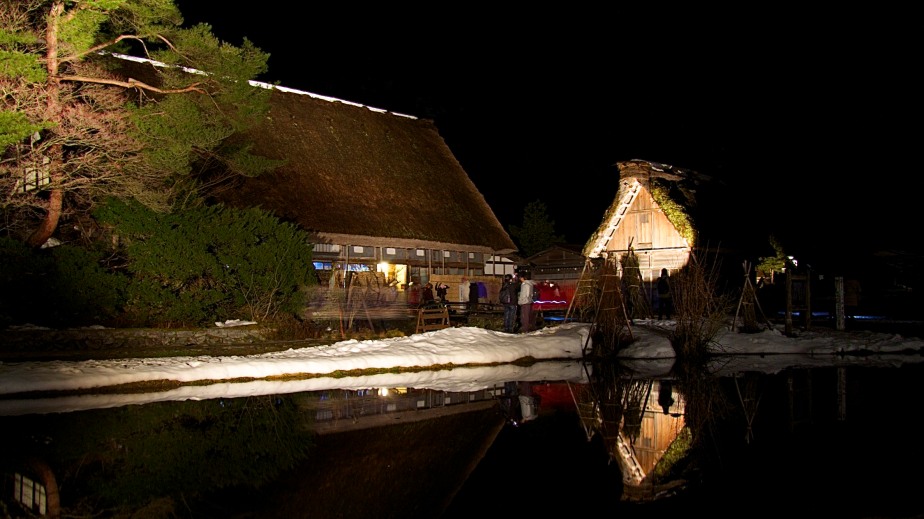