Towards the eastern end of the French Line the dunes get higher and further apart. The swales are more likely to be clay and salt lakes make their appearance. This is Lake Tamblyn, named by Colson after his school teacher.

Before long we reached the intersection with the Knolls Track where there is even more obvious evidence of change … trees. 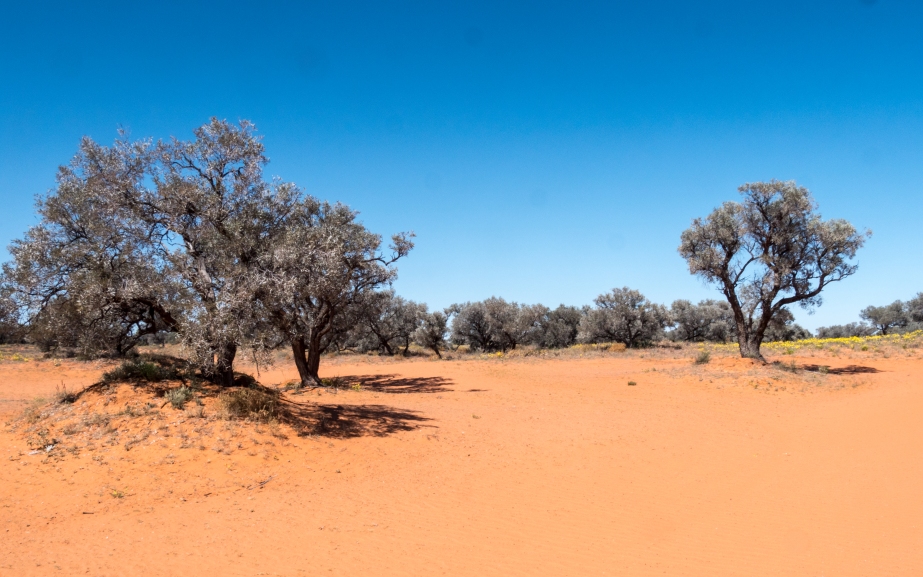 These are Gidgee trees, Acacia cambagei, said to emit an offensive odour when wet, variously described as like boiled cabbage or town gas. The weather this day was fine but we would have our chance to savour the smell before the trip was over.

At the intersection there is a rough and ready plaque celebrating the efforts of the surveyor David Lindsay who passed this way in January 1886. These days he would be fined up to $1000, the nanny state closes the desert for the summer.

Our next landmark was Poeppel Corner. Once just like any other spot in the desert but now a magnet because it is the entirely artificial place where South Australia, Queensland and the Northern Territory collide. Mal and Kelly and sundry others had preceded us and left an indication of their IQ …

Just imagine, you could chip a golf ball from South Australia, through the Territory to a hole in Queensland and someone has been kind enough to provide the opportunity … but you need to be a left-hander.

Whilst there are three main routes across the desert they are by this stage reunited for the last push to Birdsville. To avoid a crowded campsite we took ourselves to the western side of Lake Poeppel for the night. Sunrises are so much better in the Northern Territory … 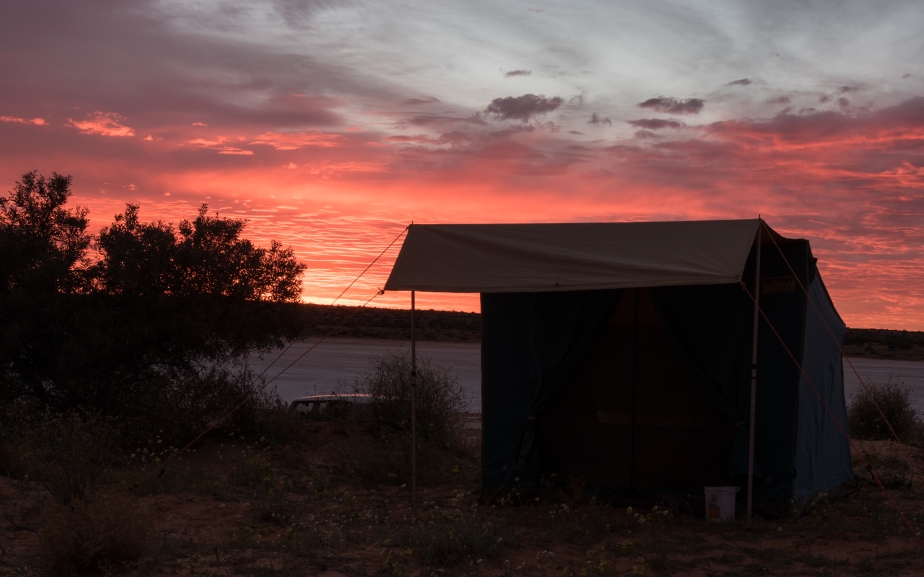