The end of our hour with the gorillas was approaching, taking a last photo became urgent. 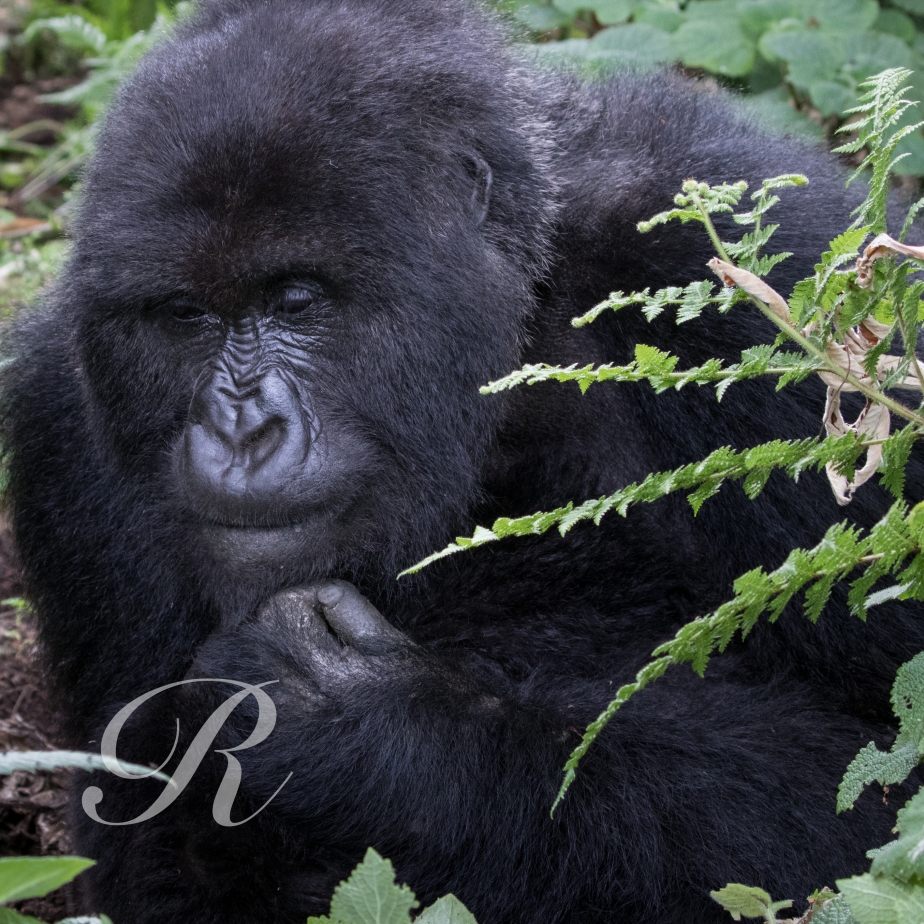 The hike down to our vehicle was a lot easier on the lungs although still an interesting experience for the legs. Porters were tipped, souvenirs resisted. Then it was a drive to the south. Our destination was Gisenyi on the northern shore of Lake Kivu.

It has a maximum depth of 475 m and a mean depth of 220 m. And the deeper waters are supersaturated with carbon dioxide and methane, the result of being situated in a tectonic hotspot,

On 21st August 1986 Lake Nyos degassed. If you shake a carbonated drink prior to handing it to your friend the resultant surprise is a small scale model of the event. The trigger in the Nyos event is unknown but it resulted in the release of about 1.2 cubic kilometres of gas. Being heavier than air the gas cloud hugged the ground as it flowed away. It suffocated people and livestock as far as 23 km away.

Lake Kivu is about 2000 times larger than Lake Nyos, about 2 million people live around its shores, many make their living from fishing. Geological evidence suggests that catastrophic outgassing occurs about once every thousand years.

In the evening the local fishermen paddled their three hulled vessels out in pursuit of sambaza, small fish that are reputedly delicious. A choir could be heard from a church as they left. A beautiful scene, beautiful music and a seemingly timeless way of life.

After dark there was an orange glow in the northern sky, the erupting Mt Nyiragongo, 20 km away in the DRC.