After breakfast it was time to leave the boiling lava lake of Mt Nyirigongo and head down hill.

As always walking steeply down hill is easy on the lungs but hard on the legs and also the feet. Long before reaching the park headquarter it was evident that toenails would be lost . As we reached the car park we passed a group about to make their ascent, a gaiters and glove brigade … must have been gorilla trekking.

Back through Goma with its busy noisy streets and wooden bicycles (Chukudu), used for transport of whatever goods can be balanced on them) …

Our driver suggested that we only take photos from the moving vehicle (and only when it was likely to keep moving).

White vehicles with UN in big black letters were prominent among the traffic.

We had East Africa multi-entry visas which you would expect granted multiple entries into the three country East Africa bloc, Uganda, Rwanda and Kenya. It does not. It allows a single entry into the bloc, you can then wander from member to member until it expires. Visit DRC and you must buy a new visa $30.

And then you can emerge from the border post into the relative safety of Rwanda, perhaps casting a nervous look at Lake Kivu straight in front of you.

So what about all that gas. There isn’t a top on the bottle. Why doesn’t it just bubble out all the time. Well some of it does but it’s complicated …

There is a pressure gradient in the lake, well of course there is, every diver knows that. In sea water that amounts to one atmosphere every ten metres. Lake Kivu is fresh, well the surface waters are, they are recharged by surface run off. The deep springs, of volcanic origin, are saline. Saline waters are heavier, the fresh sits on top producing a stable stratification.

Gasses are more soluble at high pressure and low temperature so carbon dioxide, of volcanic origin, injected into the cold deep waters is quite happy to stay there. Bacteria convert some of it to methane, also derived from the breakdown of organic debris and a little hydrogen sulphide is also produced. The upper and lower waters aren’t mixing so the gasses just accumulate until the lower levels are saturated or an earthquake, landslide or volcanic eruption stir the waters enough to bring saturated water to a depth where the gas will no longer remain in solution. The water bubbles as though it were boiling bringing about more mixing and a catastrophic outgassing, a limnic eruption.

What if you pumped gas laden water up a pipe to the surface, extracted the methane as fuel to generate electricity, vented the carbon dioxide, returning the waste water to the lake? Great idea, but the waste water is salty and the lake has a delicate ecosystem and an important fishery. Not only are they at risk, if you bring enough salt into the upper layer the stable stratification will break down and the day will come that the limnic eruption happens anyway.

Solution, return the waste water to the deep zone.

The KivuWatt power station is doing exactly that. Here’s a link to an excellent article on the process <MIT Technology Review>. It was written in 2015, the power station has been commissioned since then and is currently producing electricity. It’s rated to produce about 26 megawatts. If all goes to plan the system should be able to provide 100 megawatts of capacity in perpetuity. It is agreed that the gas  will be shared equally with the DRC, although they haven’t as yet built a power station to make use of it.

The only alternative fuel for thermal power stations in Rwanda is imported diesel. Although, even that is cheaper than electricity in <South Australia>.

The <Paradis Malahide> is right on the lake shore. The accommodation is nice, the ambience is very nice, the service is even nicer, the gardens are lovely. If pulling the top off a beer reminds you of a limnic eruption drinking the contents helps to dispel the resulting anxiety.

We took breakfast the next morning on a little point jutting out into the lake. A Spotted-necked Otter swam past. Kites, cormorants and herons put in an appearance. A White-browed Robin-Chat approached boldly … 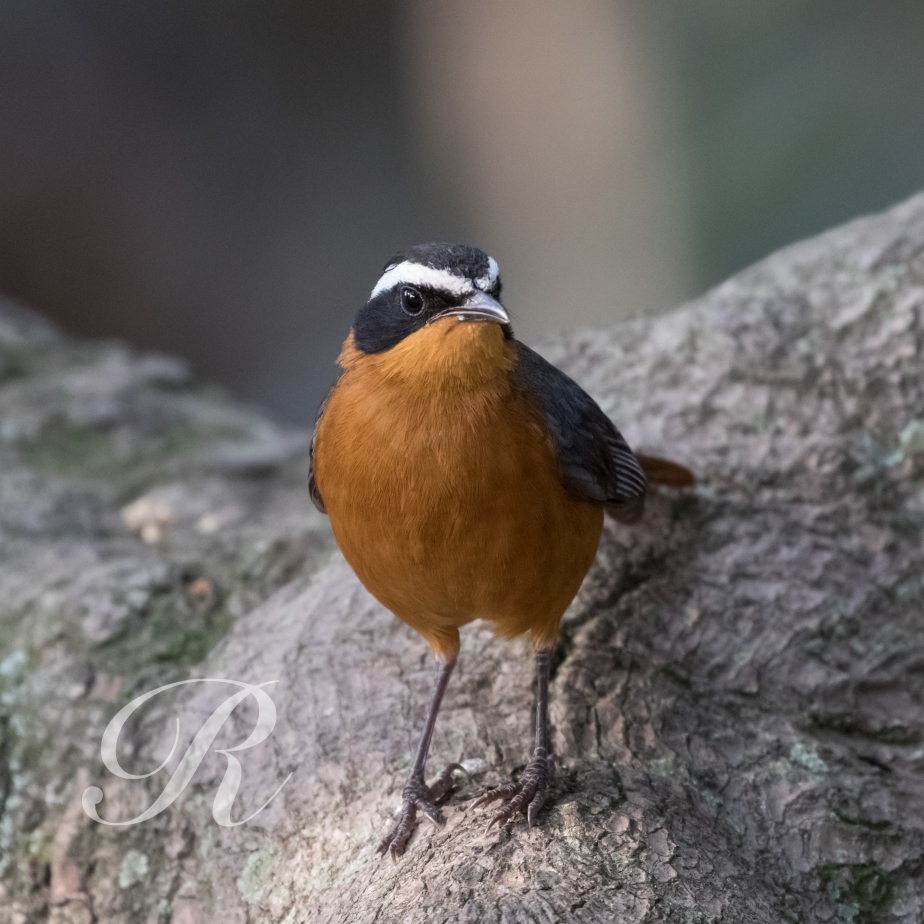 and the fishing boats returned from their night’s work.

At that moment all was right with the world, and it remained so until I had to get up and walk.