Nyungwe National Park is home to at least 13 species of primate and in our short time there we were able to add four new ones to our monkey trip list.

There was a baby in the group that we encountered, and just like little humans it was overactive and keen to get some attention … 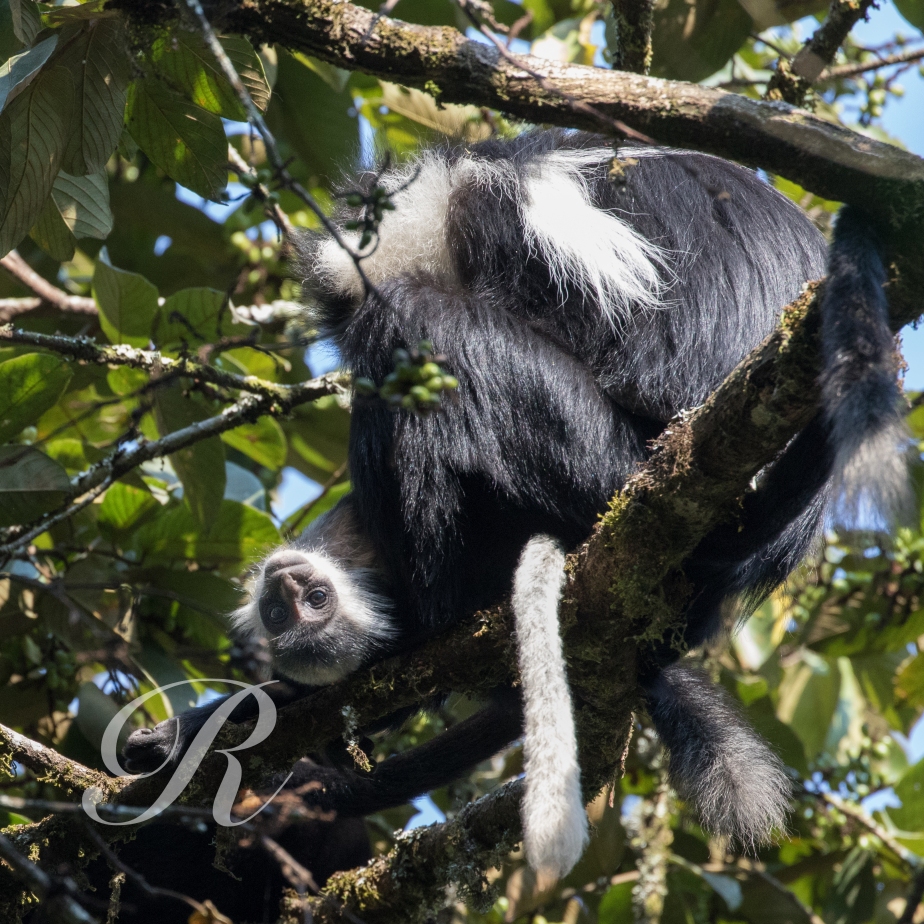 fortunately for mum they come with built-in reins … 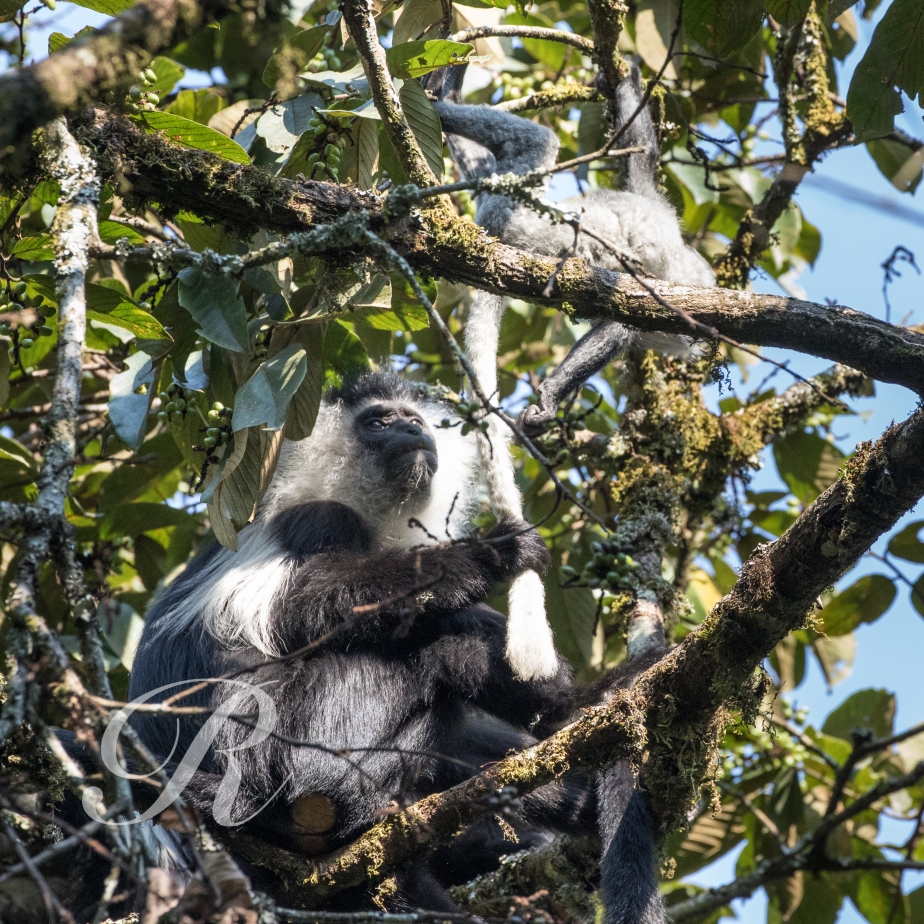 They are initially all white, one of the reasons that mum doesn’t want it exposing itself in the canopy is that they are easy pickings for Crowned Eagles which are monkey specialists and their main predator.

A Mona monkey was feeding on the fringe of the Colobus group.

Next up were l’Hoest’s monkeys that had found an abundant supply of unripe fruit.

A troop of Johnston’s Mangabey also put in an appearance but were far less cooperative when it came to photography, keeping their distance and staying well back in the foliage.

Old friends like Chimps and Olive Baboons are also present. There are a couple of nocturnal primates here as well as some other hard to find species.