Braeside Park was a regular haunt when I lived in Melbourne. It’s located in the eastern suburbs not far from the bay. The land has been used for a sewage treatment plant and then for horse agistment and training. There was a beautiful old stable there years ago. Every time I drove past I would say to myself “must take a photo of that”. I never did, can’t now. It burnt down. Let that be a lesson.

These days it’s an oasis of nature sandwiched between residential and commercial development. It preserves some River Red Gum grassland, some heathy woodland on an old sand dune and a wetland rich in swamp paperbark. It’s great place to watch birds. A three hour circuit will generally turn up at least 50 species.

This morning I concentrated on the wetland. 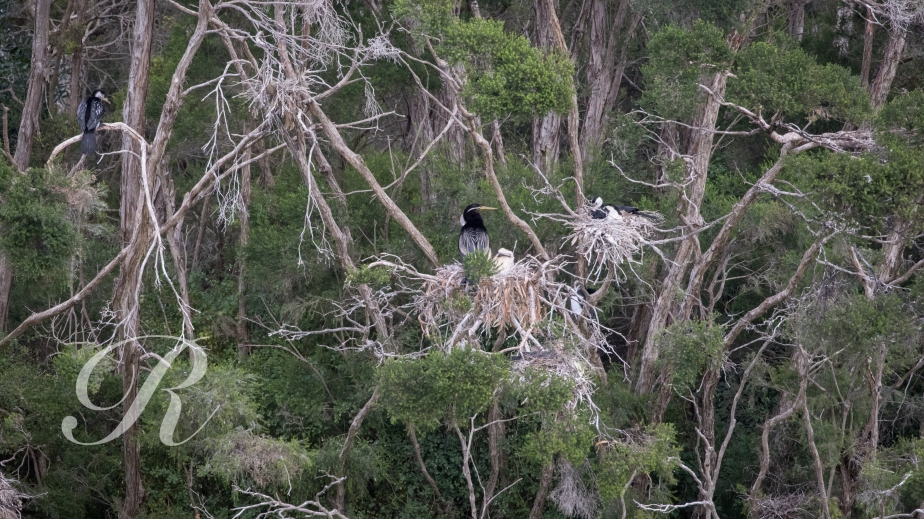 Darters and Little Pied Cormorants are nesting in the Paperbarks out on an island.

The woodland is home to a number of species. The ubiquitous and aggressive Noisy Miner and a bird that can hold its own against a pack of them were kind enough to pose …

The highlight, however, was a bird that I rarely get to see. It is probably more common than we think but it mainly skulks in the reeds. When it does venture out it is always ready to bolt at the slightest alarm. Photos … forget it , you won’t get close and you won’t get time … unless luck is really on your side.