Ely is about 70 miles slightly east of north from London not far from Cambridge.

An abbey was founded here by St Ethelreda, the wife of a Northumbrian king, in AD 673. The Norman Conquest brought a new standard of church architecture, the present magnificent structure was built in stages from 1081. 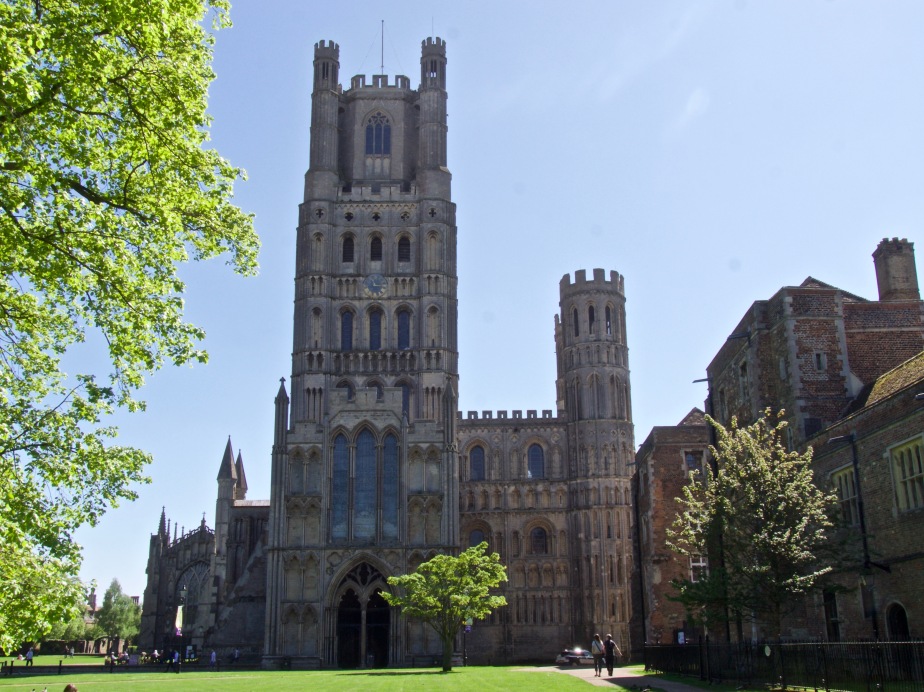 Ely is not a big city but its cathedral has the third longest nave in the UK. The Lady Chapel, completed in 1349, is the largest in the UK. 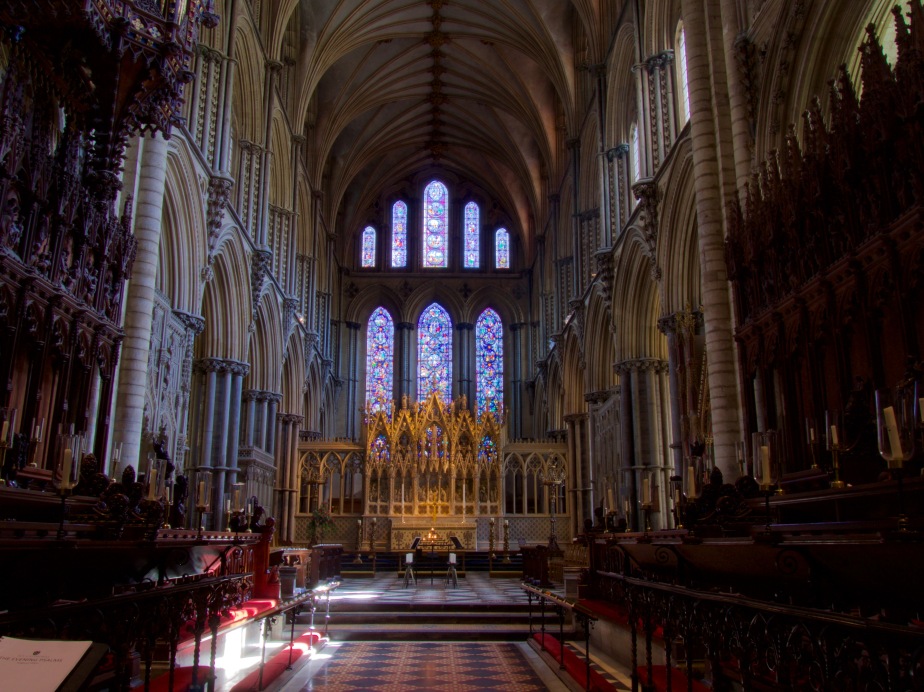 It has one of the few remaining resident choirs. During services they would be seated on either side of the photo above. In the video below they are standing in the Lady Chapel. 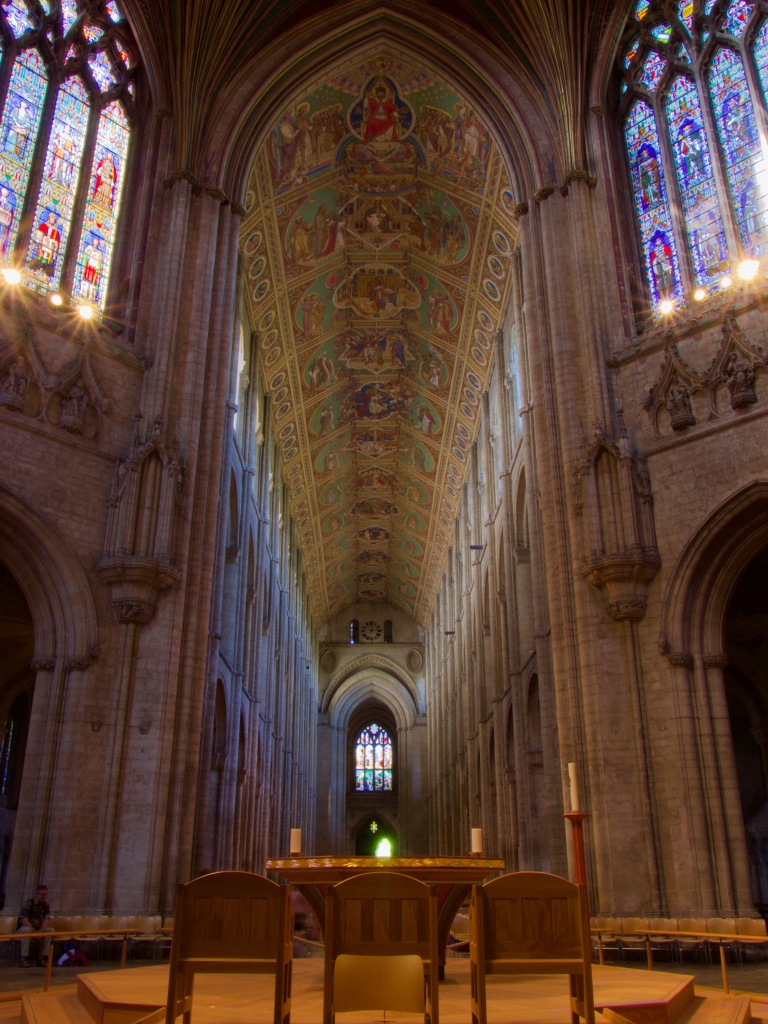 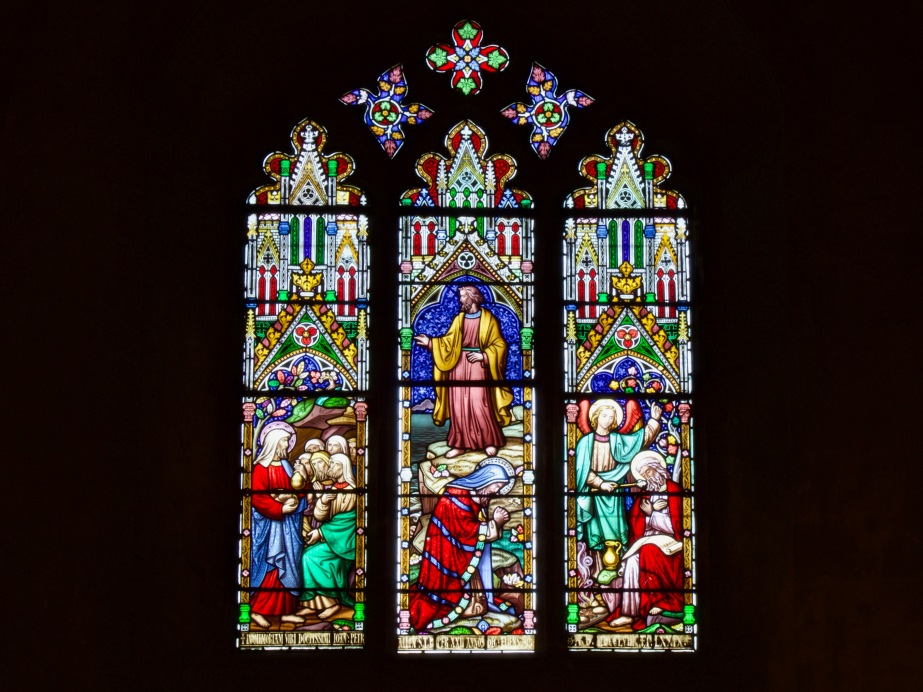 Henry Vlll’s reformation imposed a more austere regime on the great churches. Statuary and ornamentation were taboo. The Lady Chapel had a series of figures of the Madonna which would have been brightly painted. Sadly their heads have been knocked off (rather like Anne Boleyn and Catherine Howard). 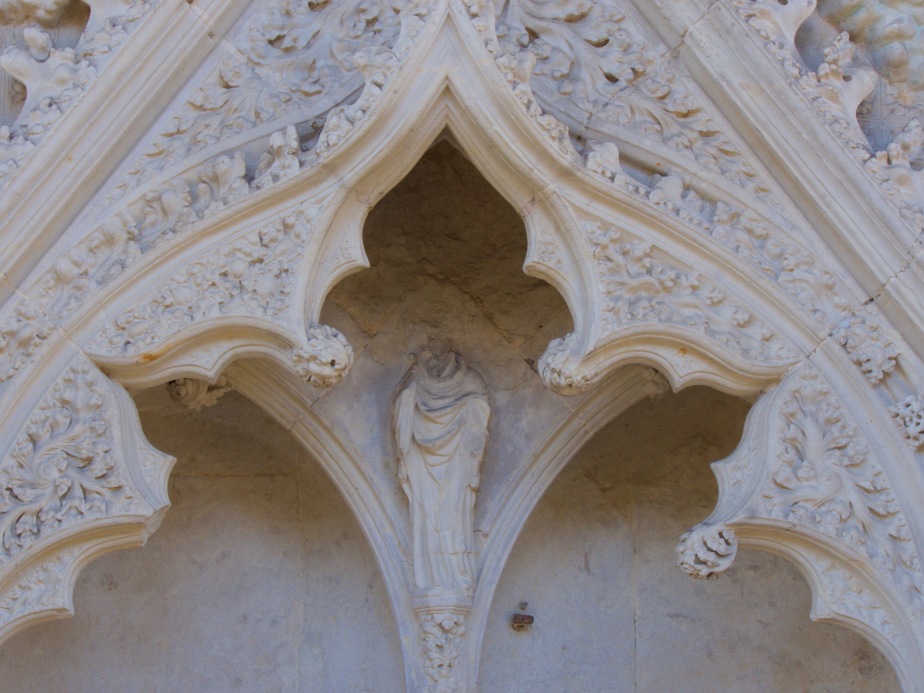