The news in Melbourne on my return was, of course, all doom and gloom. Amongst the lesser disasters though was this …

… an ornate, custom-made whisky decanter in the shape of Thor’s hammer, Mjölnir, was allegedly stolen from Viking-referencing bar and restaurant Mjølner in Melbourne’s CBD.

Thankfully, the Norse God of Thunder will be reunited with his hammer after investigators found the decanter at Melbourne Airport this morning …

Shortly after the hammer was found a 52-year-old Western Australian man from Mindarie presented himself to Perth Police Station. The man is currently assisting police with their investigation. (Broadsheet)

It’s rumoured that he has a hell of a hangover.

Not the first time that Thor’s hammer has gone missing. In the Norse original it was stolen by the giant Prymr who demanded the beautiful Freya’s hand in marriage for its return.

Freya was not about to help out in this matter so Freya’s wedding was held in her absence. Thor dressed up as a woman and presented himself to Prymr who was delighted. Despite eating an ox at the wedding feast Thor managed to keep up the pretense until that part of the ceremony where Mjölnir was placed in his hand.

The bride was widowed moments later.

This was to be a Pete Oxford Expeditions expedition. I’ve known Pete for many years and have been looking forward to traveling with him ever since he formed his own company not too long ago. Pete is an outstanding photographer, a passionate conservationist and a very generous human being. Put him in front of a wildlife photo-op and his face lights up like a five year old.

On the other hand I doubt he could organise a trip to the supermarket without his wife Renee Bish. If Pete is all charisma then Renee is all hard work but just as gorgeous. I’d caught up with them at Oslo Airport and flown the last leg to Svalbard with them a few days earlier.

Just as well there were a few days to spare because their luggage stayed in Oslo and it took two more days for it to arrive. Pete is a foot taller than me … he looked really cute in my parka.

The remaining participants were members of Birdlife International. I was traveling with a group who collectively had done an amazing amount of good for the world’s birds. Including Renee and Pete there were thirteen of us. Two local guides were with us to make sure we found what we were after and keep us safe whilst we did it. The ship’s crew were outstanding, the food was great, the beds were comfortable. There was plenty of space.

There was one thing missing from the group which I’ll try to remember to tell you about at the end of the trip. For now though just concentrate on Pete and Renee expertly helping strangers become friends.

Let go the ropes, we’re away.

The weather and the sea will be kind to us but this is the Arctic. These photographs were taken on the first day just thirteen minutes apart … 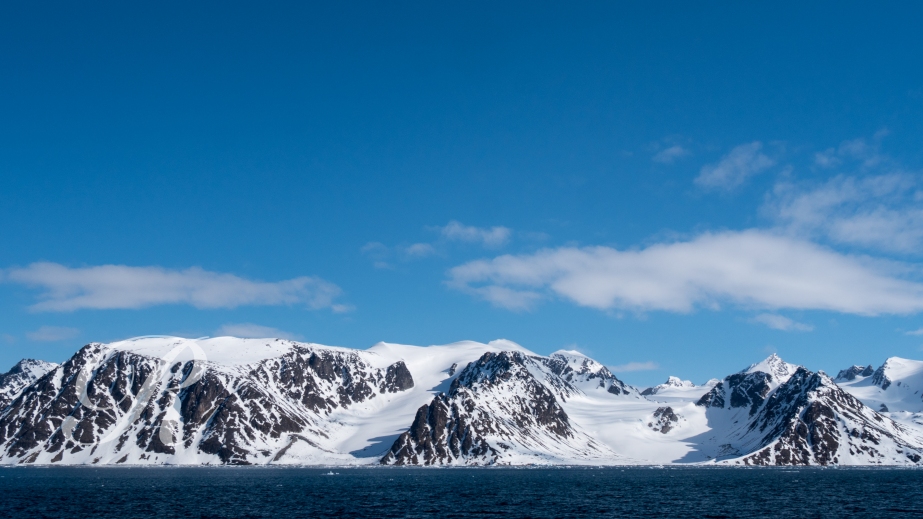