The adventurous way from Alice to the Kimberly is via the Tanami. 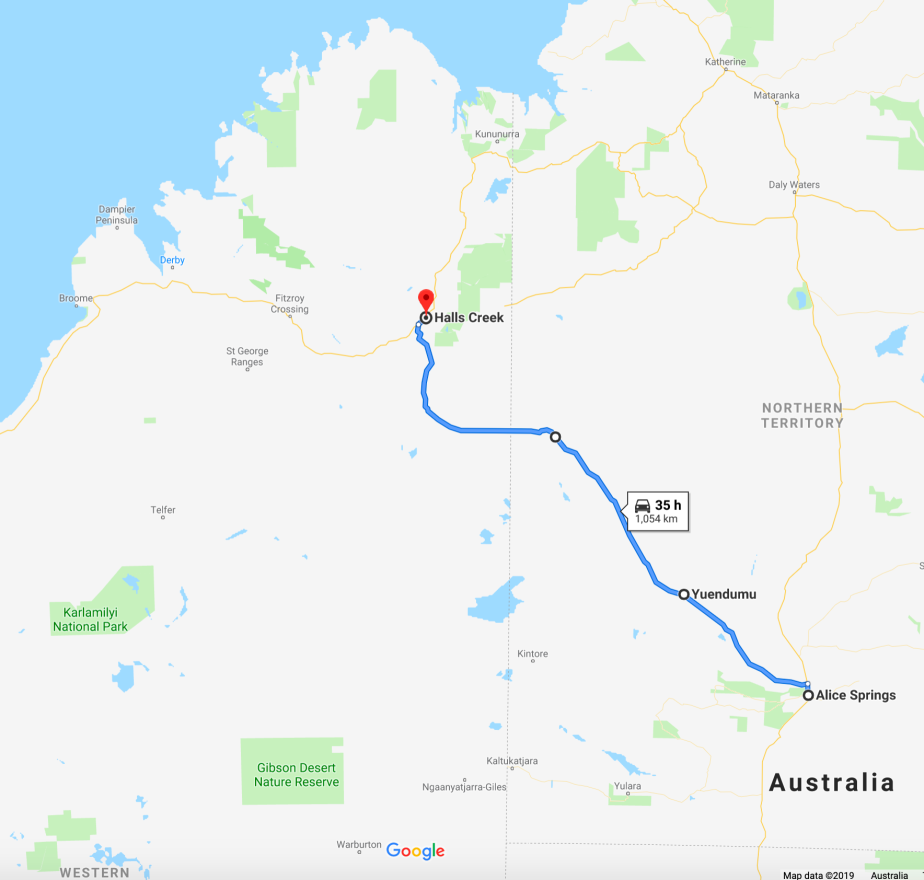 The route runs through Aboriginal controlled land and a permit is required to visit the various settlements. Fuel is available at Tilmouth Well half way to Yuendemu and in emergency might be sought at one of the settlements but the traveler is encouraged to stick to the road and make it to Halls Creek, a stretch of about 900km. The road is sealed to Yuendemu and can be rough beyond that.

There are some operating gold mines along the way and road trains ply the route. It’s arid, remote and a test of the vehicle and to top it off the only beer you can buy at the takeaway in Halls Creek is Cascade Light.

We took the journey at a very leisurely pace over four days and three nights. It could be done in a calm two days or an arduous and frenetic single day. 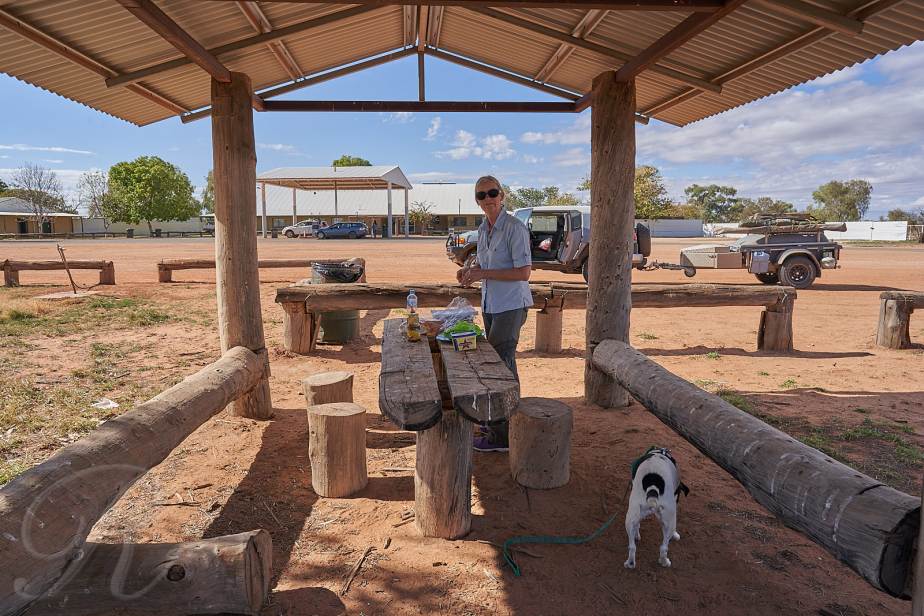 We refuelled and had lunch at Tilmouth and spent the first night at Renehans Bore. 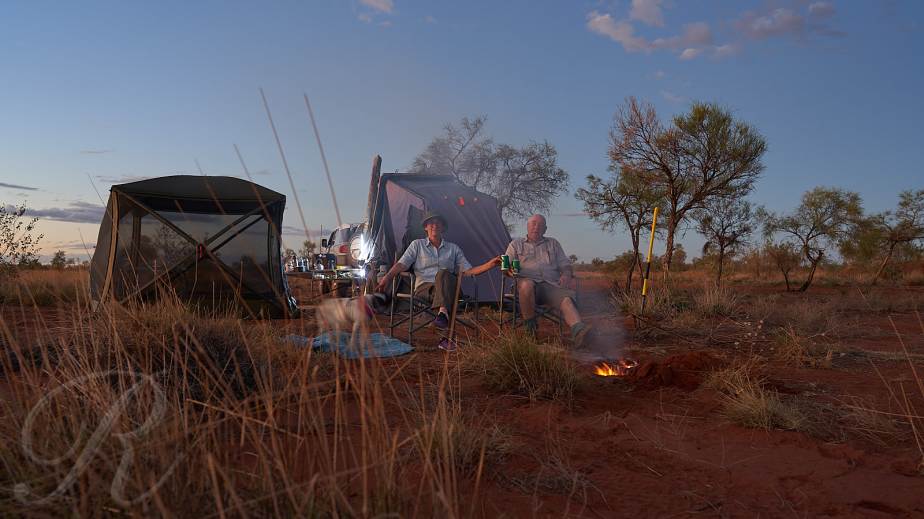 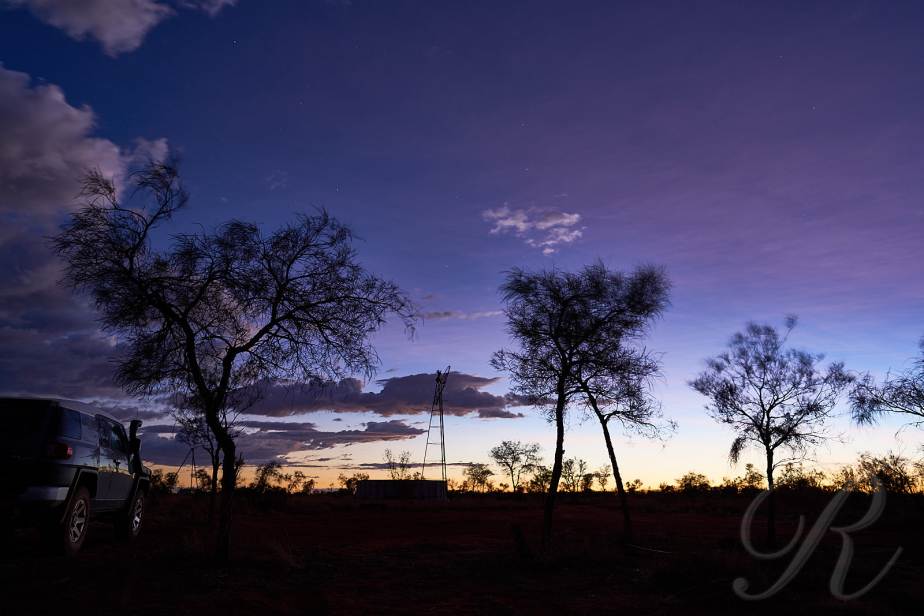 We encountered a lone camel the following day in country that was fairly typical of the Tanami. 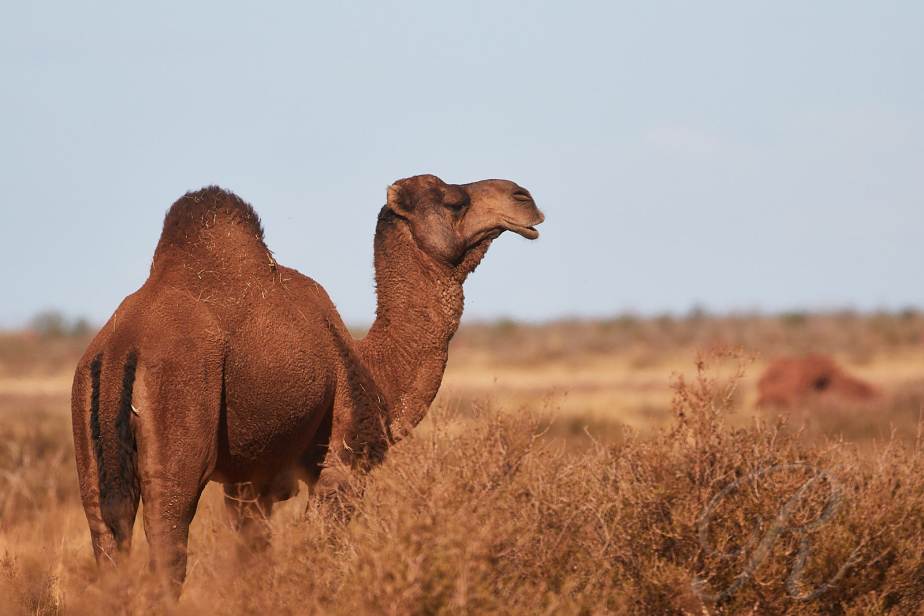 We got a puncture just as we stopped for lunch. Gayle who rarely hears anything I say heard the hissing. We had the wheel changed before it fully deflated. We carry an extra spare and a repair kit for remote journeys.

That night we camped among the termite mounds just on the Northern Territory side of the border. 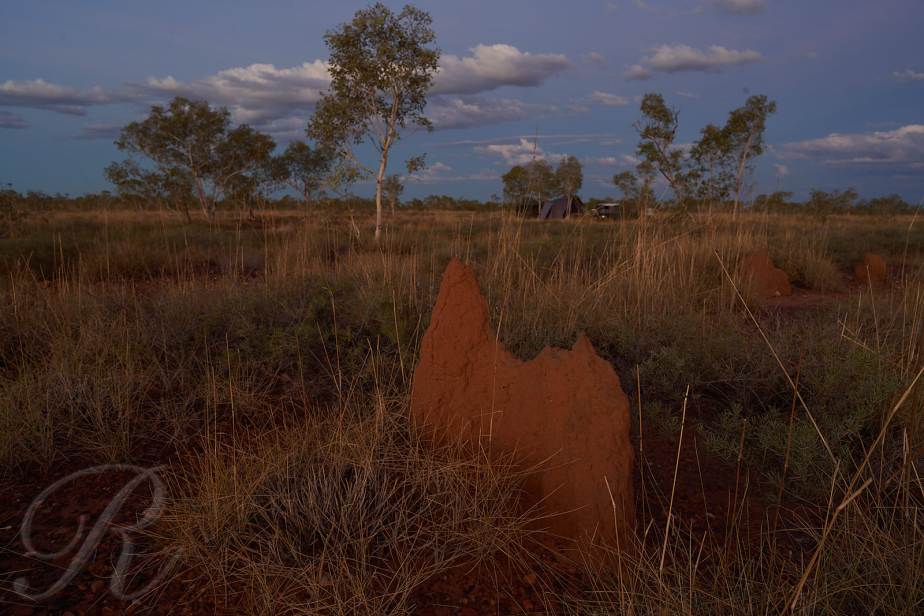 From there on the country was dry savanna rather than desert. We spent the final night on the bank of Sturt Creek, WA, where wild horses and Galahs were enjoying some surface water, the first we’d seen for a while. 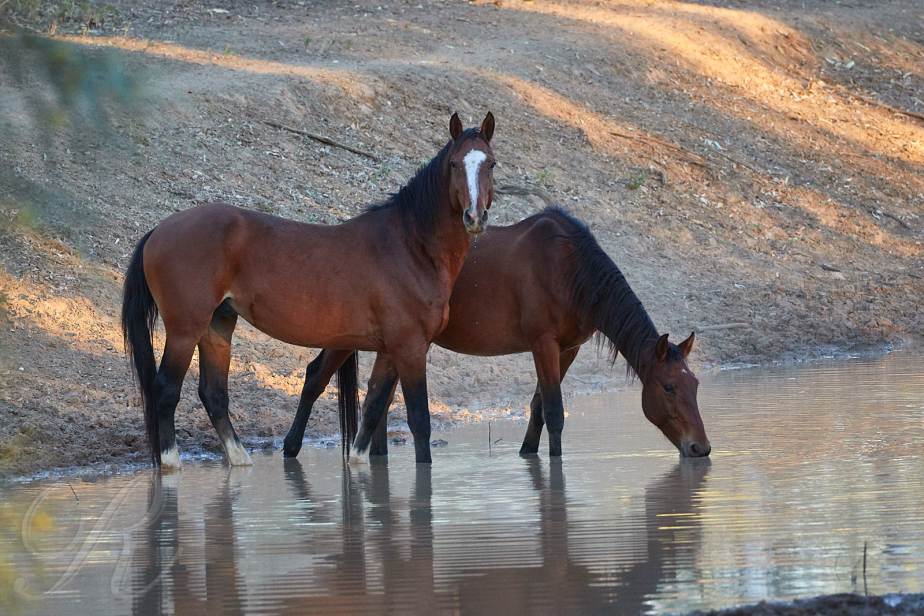 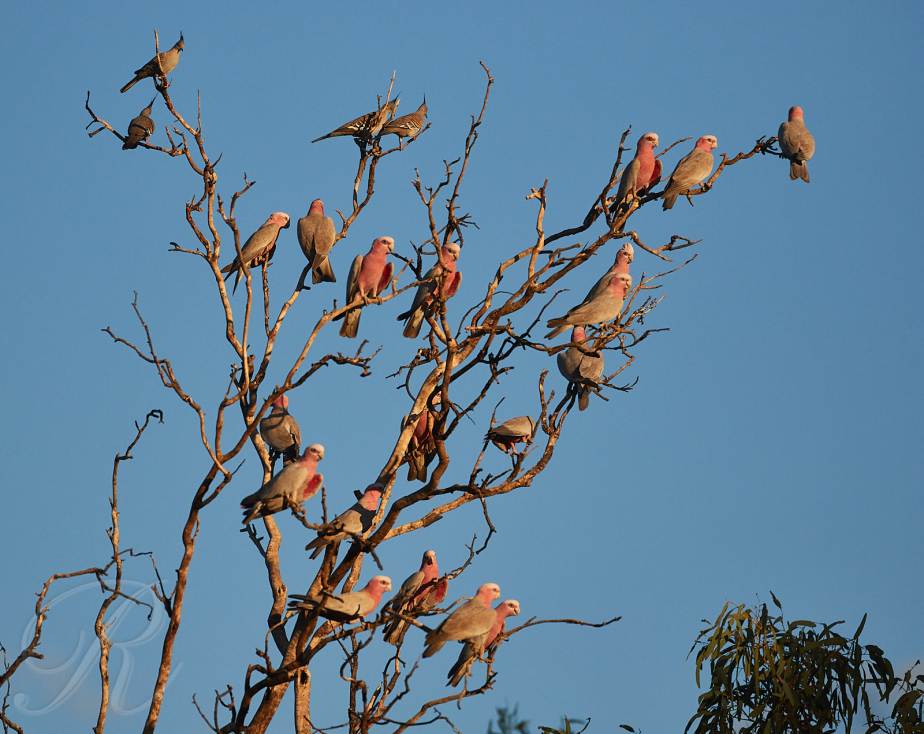 Shortly after Sturt Creek we passed Billiluna, the top end of the Canning Stock Route – must do that one day – and also Wolfe Creek, site of a meteor impact crater which we have visited in the past.

Then we were refueling in Halls Creek which bills itself as the Heart of the Kimberley. We got the tyre fixed and bought some light beer.