We arrived in Halls Creek, Heart of the Kimberley, from the Tanami and headed for Broome, the administrative centre via Wyndham and the Gibb River Road.

I could spend six months here without getting bored and without seeing it all. On this trip we would dash around in under a week. 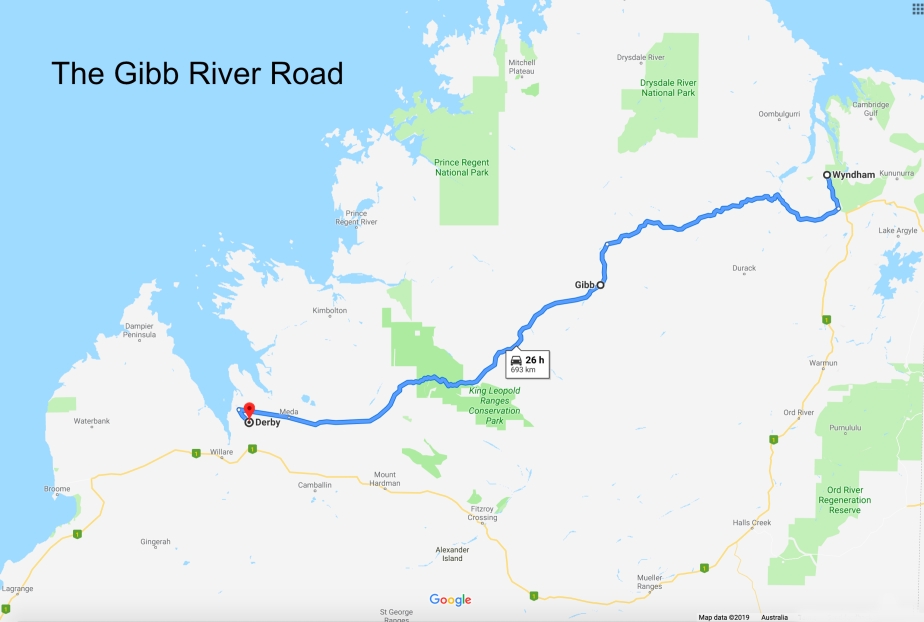 Our first stop was just outside Wyndham at Parrys Creek Farm. This is situated on the margin of a large conservation area. The camp site is by a lagoon and is dog tolerant. We spent three nights here giving me the chance to visit the Marlgu Billabong at dawn and dusk (no dogs here) and for the three of us to visit Wyndham and Kununurra during the day.

The billabong is in the Ord River flood plain and rivals any tropical Australian wetland that I’ve visited. I won’t bore you with lists, let’s just say I cleaned up and the bird numbers were impressive. The site has a short boardwalk to a well situated hide.

Poor old Wyndham has a somewhat sad aspect to it. The website Aussie Towns puts it this way …

Wyndham, Western Australia’s most northerly town, sits on the edge of the Cambridge Gulf surrounded by uninviting salt lakes, desert and mudflats which stretch to the horizon.

The town was founded in 1885. It got off to a good start as the gateway port to the Halls Creek gold rush. From 1919 to 1985 there was a meat works in operation. The port still functions serving mining operations.

There is a Big Crocodile on the outskirt of town (which is adjacent to the opposite outskirt and doubles as the town centre). You could probably find some real ones if you went wading. 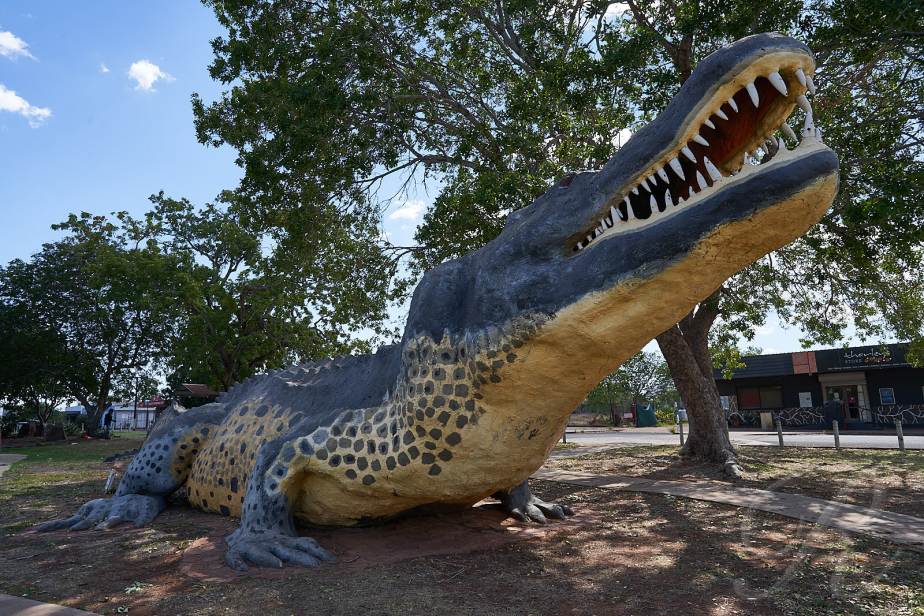 The population is less than 700 people. It has a hospital and an excellent cafe called The Croc Cafe.

Wyndham is on a side road that leads no where else and is bypassed by most travelers. Kununurra is right on the highway and on a scenically splendid lake. It  is a stark contrast. There is good shopping and the caravans are inserted with surgical precision at impressive densities in the caravan parks. Give me the quiet of Parry Creek Farm.

Coming across the arid interior of Australia after a brutal summer and a poor wet season the birding was very quiet. Fortunately I’m past peak obsession. At Parrys Creek we had a good dawn chorus at last, you’ve got to love the Blue-winged Kookaburra, poor thing can’t raise a laugh.Add to it a polyphony of White-gaped Honeyeaters and screeching Little Corellas … you won’t be sleeping in.

There is opportunity to get close up to some beauties …

And it’s easy to find a subject at sunrise … 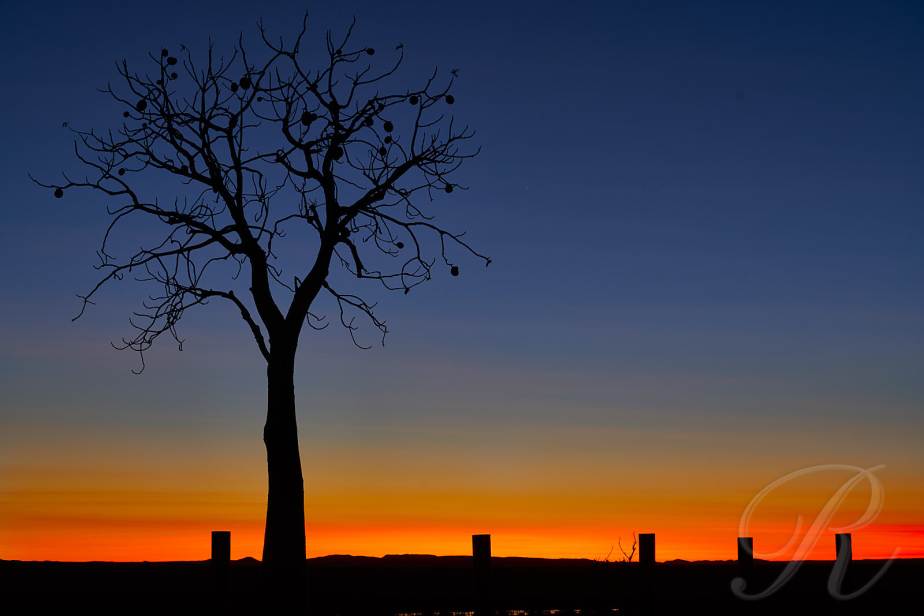