It’s from 2017 grown and made in our own little slice of paradise.

How isolated is isolated? This is the map of a morning ride. It’s 13km from the bottom to the top of that red line so a swathe of country about 50km wide. There’s not a town or a named feature on it, one of the things I love about Australia. 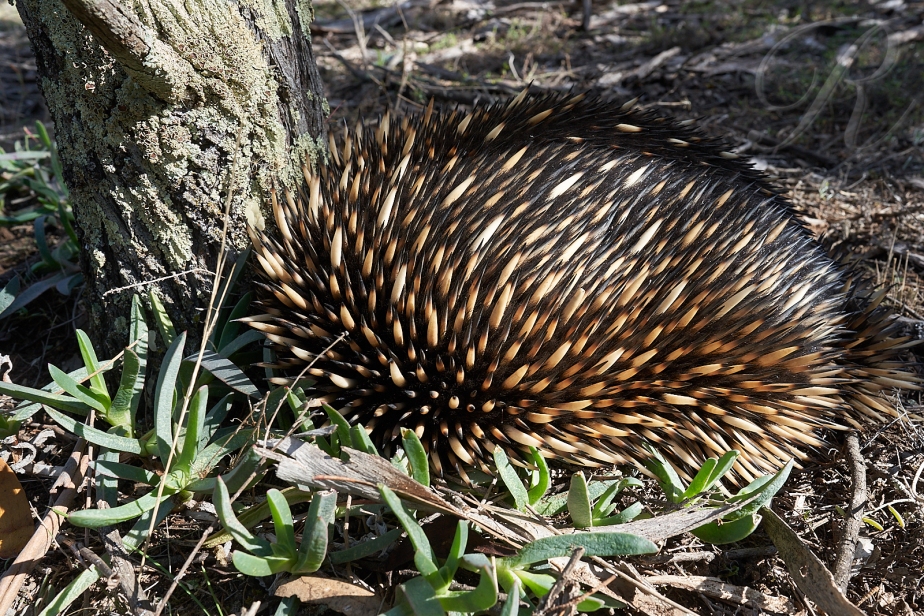 We also came across the Shire of Hindmarsh Ranger, his job is to enforce the local laws … 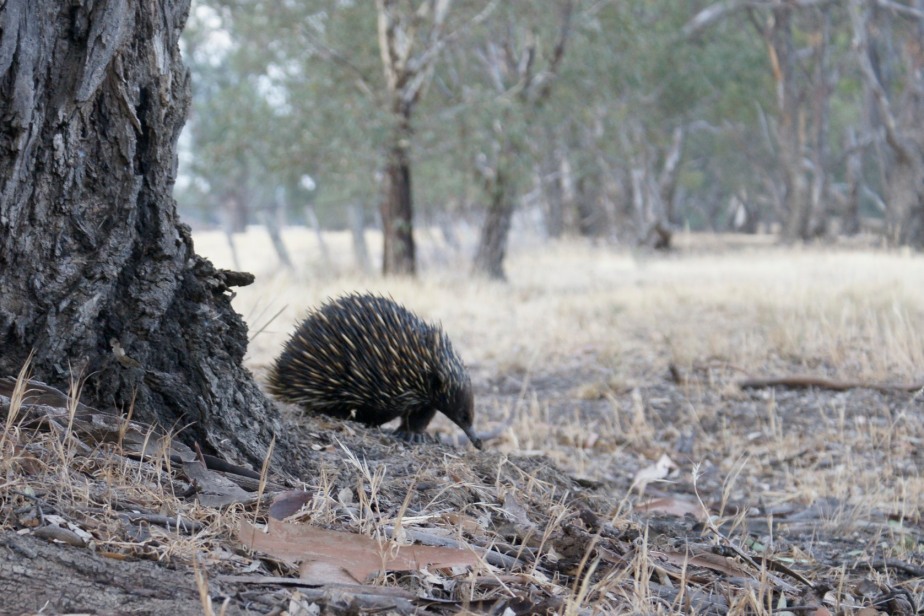 They are found throughout Australia and you often come across them as they amble down the side of the road, the Short-beaked Echidna Tachyglossus aculeatus. I encountered this one last evening just outside my front gate. They can be active at any time of the day or night but when the weather is very hot they are more likely to be out and about in the cooler hours.

The moment they are disturbed they dig and very quickly they are a half buried ball of sharp prickles. To get these photographs I approached as quietly as I could then sat and waited until it got the confidence to move about.

They are mammals, they have a single lower jaw bone, hair, suckle their young on milk and maintain a warm body temperature. The class mammalia can be divided into three broad groups, monotremes, marsupials and the eutherians (often called placental mammals but some marsupials have a placenta). The echidna is a monotreme. It lays a single egg which it then carries around in a pouch. Yes, some marsupials have a placenta and some monotremes have a pouch, how confusing. When the egg hatches the baby stays in the pouch for about 50 more days. 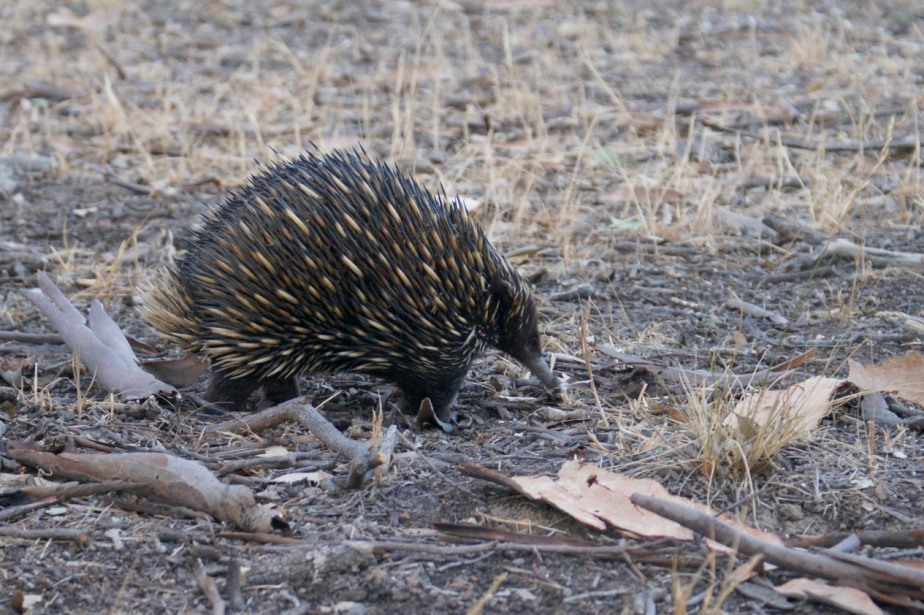 That long specialised snout has no teeth but the echidna is equipped with a long sticky tongue with which to catch ants, termites, beetle larvae and other soil invertebrates. Sharp claws serve not only to dig but also to tear apart rotting wood to get at the insects within. In light soils it often leaves a series of holes that indicate where it has been probing.

They are usually encountered on their own but in the mating period (June – September) a train of hopeful males may be found following a single female.

There are three other echidnas living in New Guinea, all in a different genus, Zaglossus. Aboriginal rock art depicts a larger, longer beaked echidna that probably died out here about 5,000 years ago. According to David Andrew a museum specimen exists that was supposedly collected in the Kimberley in the early 20th century, so there is some very faint hope for the Long-beaked Echidna in Oz although the habitat in the Kimberley is very different from the New Guinea higher forests where Zaglossus bruijni lives mainly on earthworms.

The only other monotreme is the Platypus.