Please take a look. And guys, it’s embarrassing only having one subscriber!

From Waikerie it was a northward trip through the picturesque town of Burra, passing south of the Flinders Ranges then north with the hills on our right. We were traveling in the footsteps of the explorers Eyre and Stuart.

Eyre had been thwarted to the east by the mud of the salt lake, Lake Torrens. He ascended a peak at the top of the range and could see more salt lake to the west and the north. He was out of water. He turned back with the belief a horseshoe shaped salt lake blocked travel to the north.

It was John McDouall Stuart from 1858 onwards that found a way between the lakes culminating after six attempts in the first return trip north south across the continent. He could always find a drink, unfortunately when in town that was alcoholic.

At Lyndhurst you have a choice of adventures, the Strzelecki Track runs off to the right Marree and Farina, our next waypoint, are straight ahead. We pulled into the Farina camp site as the light faded. Its a ghost town presently getting a face lift. One of the old bakeries is up and running and the bread is beautiful. 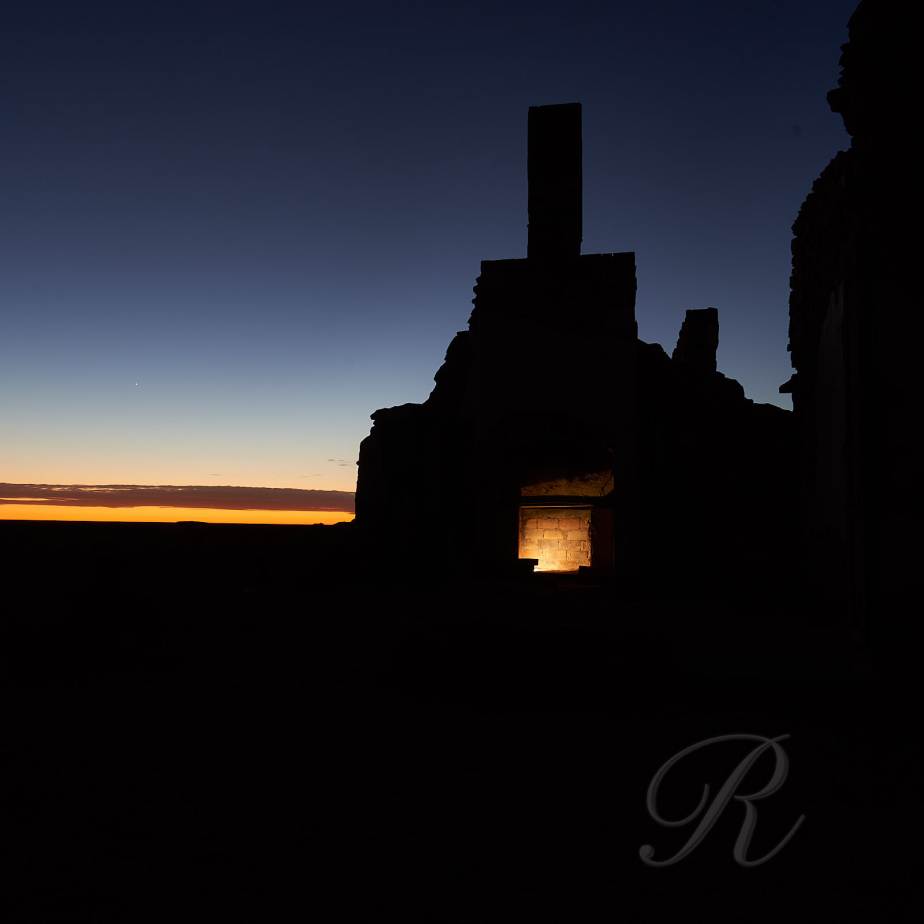 I have written about Farina previously <HERE>.

A run out in the surrounding country the next day produced the first casualty of the trip. The aerial for the CB radio snapped about 100m into the first corrugations we had encountered. Bugger.

After leaving Burra our route took us through Peterborough and Hawker and then north along the corridor between the Flinders Ranges and Lake Torrens.

Edward Eyre came this way on his first South Australian expedition in 1839 and then explored the region more thoroughly in 1840. Lake Torrens is an enormous salt lake stretching 250 km north south with an average width of 30 km. Eyre tried to cross it with horses but found it impossible. From the height of the Flinders Ranges he saw more of the same shiny white mud to the east and indistinctly to the north. Forced to retreat by lack of water he took with him the erroneous belief that Lake Torrens was horse-shoe shaped blocking passage to the north.

John McDouall Stuart from 1858 onward led six expeditions that culminated in the first return crossing of the continent. Stuart’s track runs west of Lake Torrens, we were taking a short cut and would intersect it in due course.

At Lyndhurst we made a brief side trip up the Strzelecki Track to search for the Chestnut-breasted Whiteface. One of our party had not seen this elusive little bird despite several past attempts so we took him to a spot where Gayle and I had had success on previous occasions. We searched on foot until the afternoon wore on. And he didn’t see it once again.

We arrived at Farina as the sun neared the horizon.

A number of things had conspired to draw people north from Adelaide. As dry as it is, cattle and sheep can be grazed in the hinterland, a railway is a good means to transport them to market. The route chosen for the new fangled telegraph that would connect South east Australia to the outside world was Mr Stuart’s route from Adelaide to the north coast. And of course, the science was settled, plough the earth, plant your crops and the rain would come, a theory promoted by scientists of the day such as the noted American climatologist Cyrus Thomas. The settlement here was founded in 1878 as Government Gums. Its name was changed to Farina to reflect the intention to grow wheat. It grew to reach a peak population of approximately 600 in the late 1800s. It was the rail head for a time. In its heyday, the town had two hotels (the Transcontinental and the Exchange) and an underground bakery, a bank, two breweries, a general store, an Anglican church, five blacksmiths, a school and a brothel. No wheat was grown. All that remains today are the ruins and the cemetery.

We pulled into the camp site. The first thing to catch my attention was a magnificent Black-breasted Buzzard. Life can impose some cruel choices upon us. With just minutes of the photographer’s golden hour remaining … the ruins or the bird? 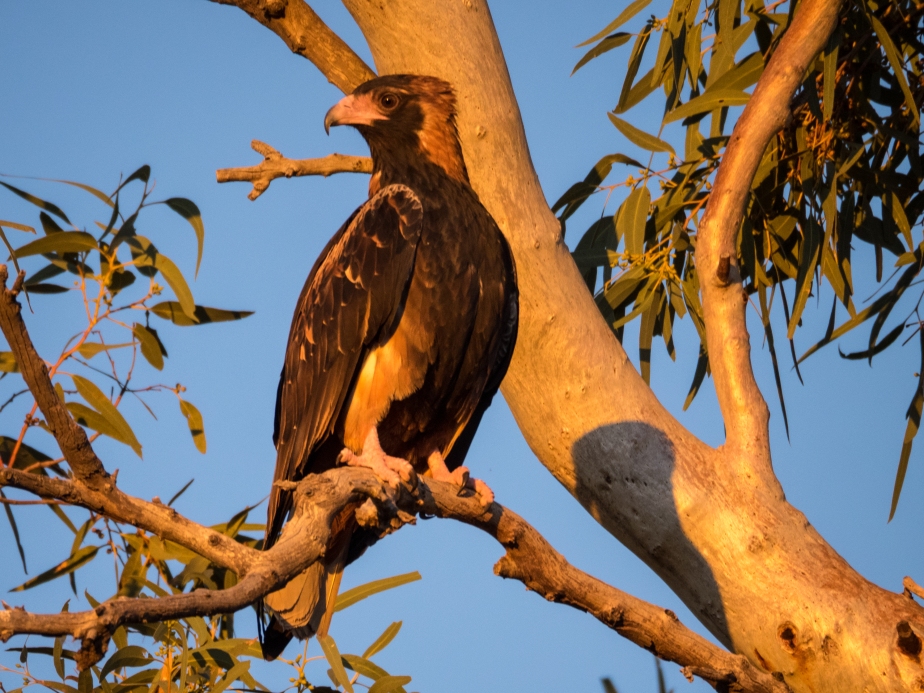 As it happened there would be a gibbous moon …

and another golden hour in the morning

but I actually prefer the night shots.