Most of Australia is very dry …

If it’s brown, yellow or the lightest green on the map then average annual rainfall is less than 400mm (less than 16 inches). That’s most of the country. Rainfall is highest near the coast, on the mountains and in the far north. In the southern half of the continent rainfall in winter exceeds that in summer. In the north summer rainfall predominates.

We pick up our journey at Alligator creek just south of Townsville. Even at the scale of the map it’s possible to see that from there heading north is a journey into a part of Australia that is way wetter than the average.

The wet tropics stretches up the Great Dividing Range  from Townsville in the south to Cooktown in the north. The highest point along the way is Mount Bartle Frere at 1,622 metres and not far away is Bellenden Ker (1,593m), This part of the region enjoys 8 metres of rainfall per year. The mountain range has been dissected by at least nine significant rivers leading to plenty of opportunity for local evolution and the region as a whole is cut off from other wet areas by the surrounding dry country. This is a formula for high levels of endemism in flora and fauna.

Driving up from the south the first chance to get amongst it is at Paluma 90km from Townsville. It’s a steep drive up from the coast. Your first stop has to be the Ivy Cottage tea rooms! Take scones on the balcony overlooking the forest, fight the birds off  your food with one hand whilst taking photos of them with the other. 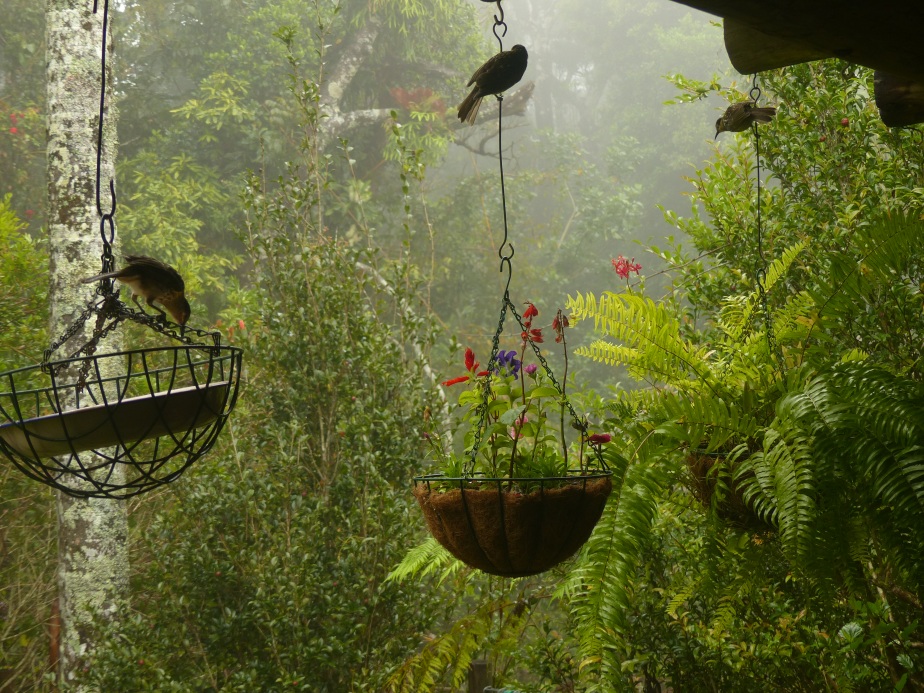 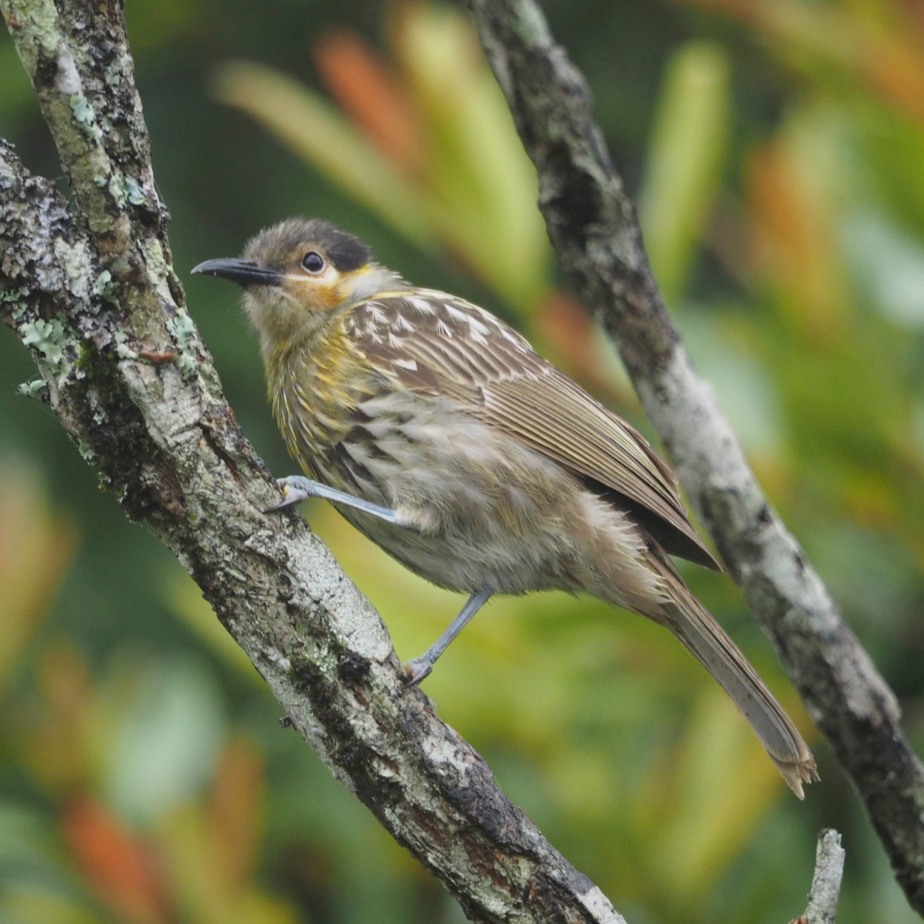 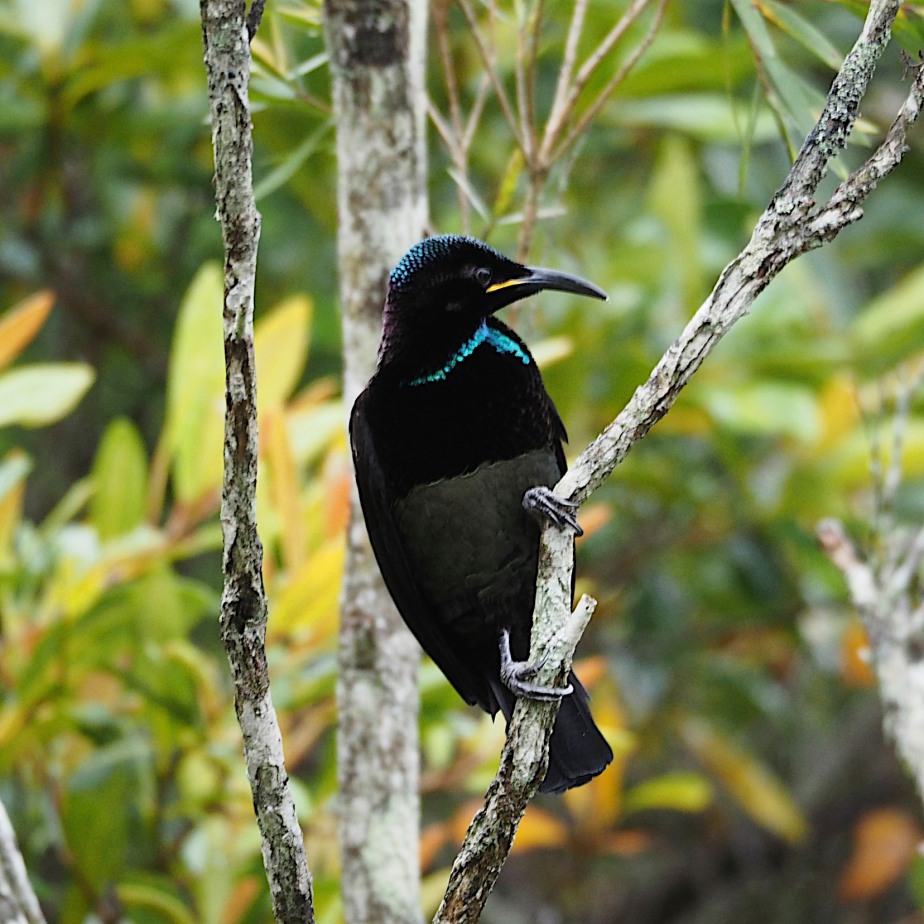 I recommend the cheesecake.

When we tore ourselves away from there we had to work a little harder for our birds but not too far away we found the maypole bower of the Golden Bowerbird. 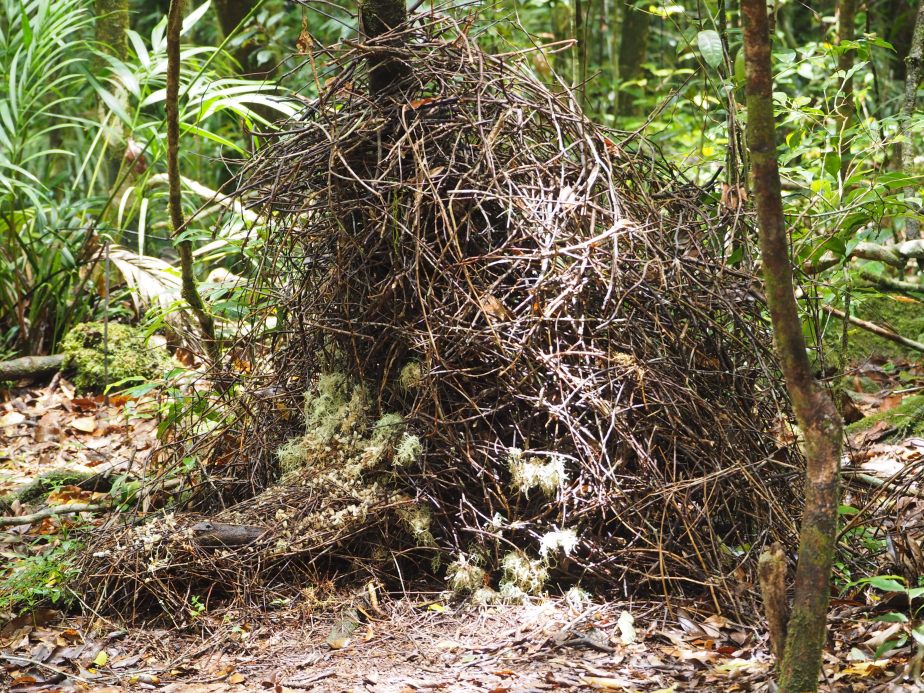 The male constructs and maintains this remarkable edifice, decorating it with lichen throughout the breeding season. Females visit to inspect his work, if impressed they mate with him. He plays no further role in the raising of his offspring. He was keeping a watchful eye on his bower when we were there. 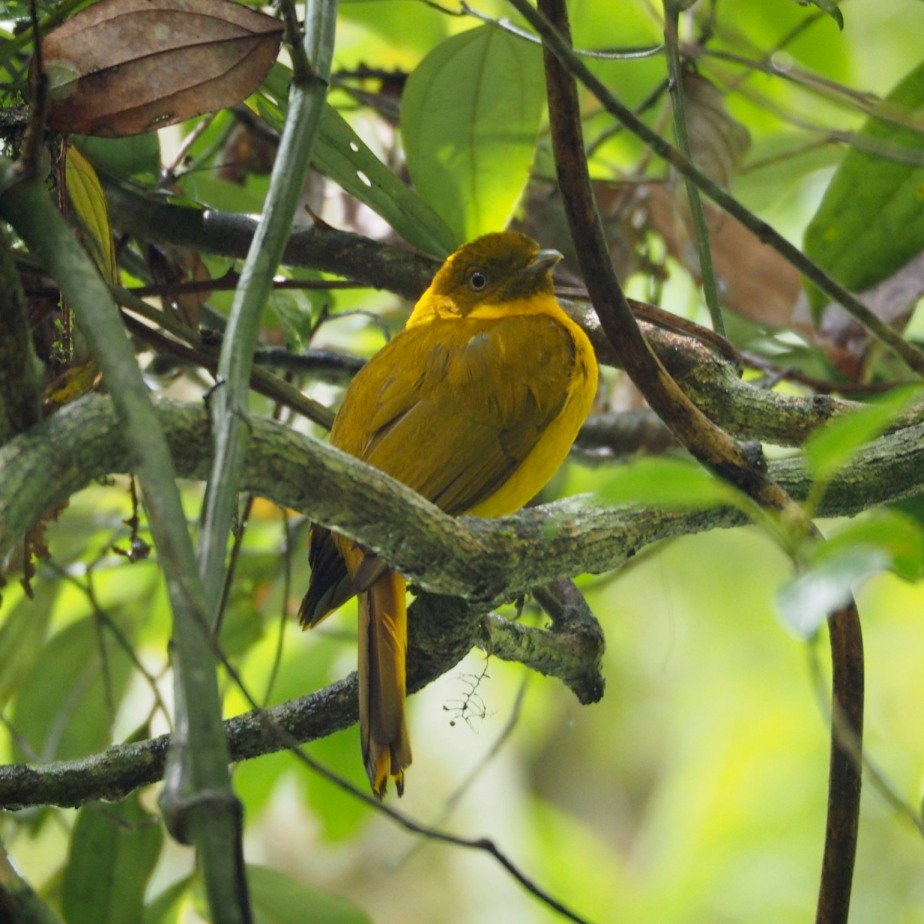 Our next objective was Wallaman Falls. We could have retraced our steps to the coast turned north and run up the escarpment again but we opted to take the road less travelled on the inland side of the range via Home Valley and Fox Mountain. This was a fairly rough track mainly through dry eucalypt woodland. Wallaman Falls has the longest drop of any Australian waterfall.

Not exactly Niagara especially at the end of the dry in this El Niño year. What we really wanted to see here was a Cassowary which would have been a tick for Mark. No luck. So on to our camp site for the night, at Etty Beach near Innisfail.

Why camp at a caravan park when there is so much national park in the neighbourhood?

That’s Dad with the chicks and this is a reliable place to see them.